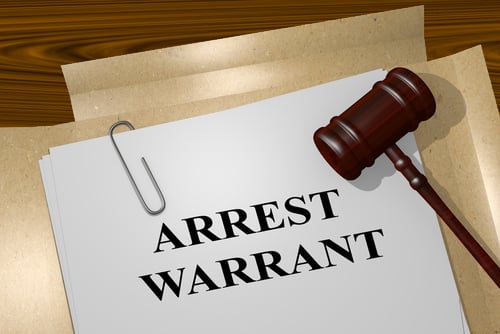 A Federal High Court (FHC), Abuja, on Thursday, issued a warrant for the arrest of an Irish, Neil Murray, over his involvement in the alleged Process and Industrial Development Limited (P&ID) scandal.

The Federal Republic of Nigeria, through the EFCC, is the applicant, Murray is the respondent who is an employee of P&ID. He is also a director of Lurgi Consult Ltd., an associate company of P&ID.

The lawyer said the respondent (Murray), who is at large, is named in counts one to eight of the criminal charge number: FHC/ABJ/CR/143/2020 before the court in which a Director in P&ID, James Nolan, is currently standing trial.

Sanga, therefore, prayed the court for an order of warrant for the arrest of Murray for him to be brought before the court and face trial on the aforementioned criminal charge.

He gave three grounds upon which the application was brought.

“That this Honourable Court has the statutory powers under provisions of Section 3, 35, 36 and 37 of the Administration of Criminal Justice Act, 2015 to grant the prayers being sought.

“That the respondent is named in count numbers 1-8 of the criminal Charge No: FHC/ABJ/CR/143/2020 and indicated to be at large.

“That the proof of evidence in support of Charge No: FHC/ABJ/CR/143/2020 discloses prima facie evidence against the respondent among others,” he said.

The EFCC lawyer also prayed the court to issue an arrest warrant against Nolan, following his absence in court.

But the judge declined to grant the request because there was no proof that the hearing notice for Thursday’s proceeding was served on Nolan.

Justice Mohammed, who granted the prayer for the issuance of an arrest warrant on Murray, adjourned the matter until January 25, 2022, for trial continuation.

Nolan, alongside two others, were on October 18, re-arraigned in an amended-32 count bordering on money laundering before Justice Donatus Okorowo of FHC.

Although Nolan and two companies; Goidel Resources Limited, a Designated Non-Financial Institution (DNFI), and ICIL Limited were re-arraigned, his co-accused person, Adam Quinn, was at large.

An alleged accomplice in the scandal, a Nigerian, Grace Taiga, who was a former director of Legal Services, Ministry of Petroleum Resources, is also standing trial before Justice Obiora Egwuatu of the same court.

On September 20, 2019, the EFCC had earlier arraigned Taiga in an FCT High Court in Apo, for complicity in the controversial contract Nigeria signed with the Irish firm, P&ID in 2008.

It would be recalled that Justice Inyang Ekwo of a Federal High Court, Abuja, had sentenced the company, incorporated in British Virgin Island to wind up in Nigeria and its property, forfeited to the Federal Government.

Kuchazi and Usman were arraigned on an 11-counts, bordering on obtaining by false pretence; dealing in petroleum products without an appropriate licence; money laundering and failure to register P&ID with the Special Control Unit against Money Laundering (SCUML) as required by law, amounting to economic sabotage against the Nigerian state.

They had pleaded guilty to the 11 counts of fraudulent involvement in the contract.

The court, in its ruling, convicted the suspects and ordered the firm to forfeit all its assets to the Nigerian government.