Following the interview Prince Harry and his wife, Meghan Markle had with Oprah Winfrey on Sunday, British broadcaster, Piers Morgan, has berated the couple, stating that it wasn't too late to give Markle an Oscar award.

During the tell-it-all interview, Harry and Markle had made series of revelations on the hostility they faced while in the royal house.

READ ALSO: Meghan Markle, Prince Harry Speak On How Tyler Perry Helped When They Were Stripped Of Security

Markle spoke on how she had suicidal thoughts after her mental health was impacted during her time with the royal family. Prince Harry also revealed how the British Royal Family withdrew their security and also cut him off financially.

The Duchess of Sussex said there were concerns about how dark their son, Archie, skin would be before his birth and that such worries explained why he was not given the title of prince.

Speaking on the interview, Morgan tagged it ‘absolutely disgraceful betrayal’ and went on to Twitter where he said he expected this ‘vile destructive self-serving nonsense’ from Markle but not Prince Harry.

He also expressed his lack of trust for Meghan, writing, "I wouldn’t believe Meghan Markle if she gave me a weather report." 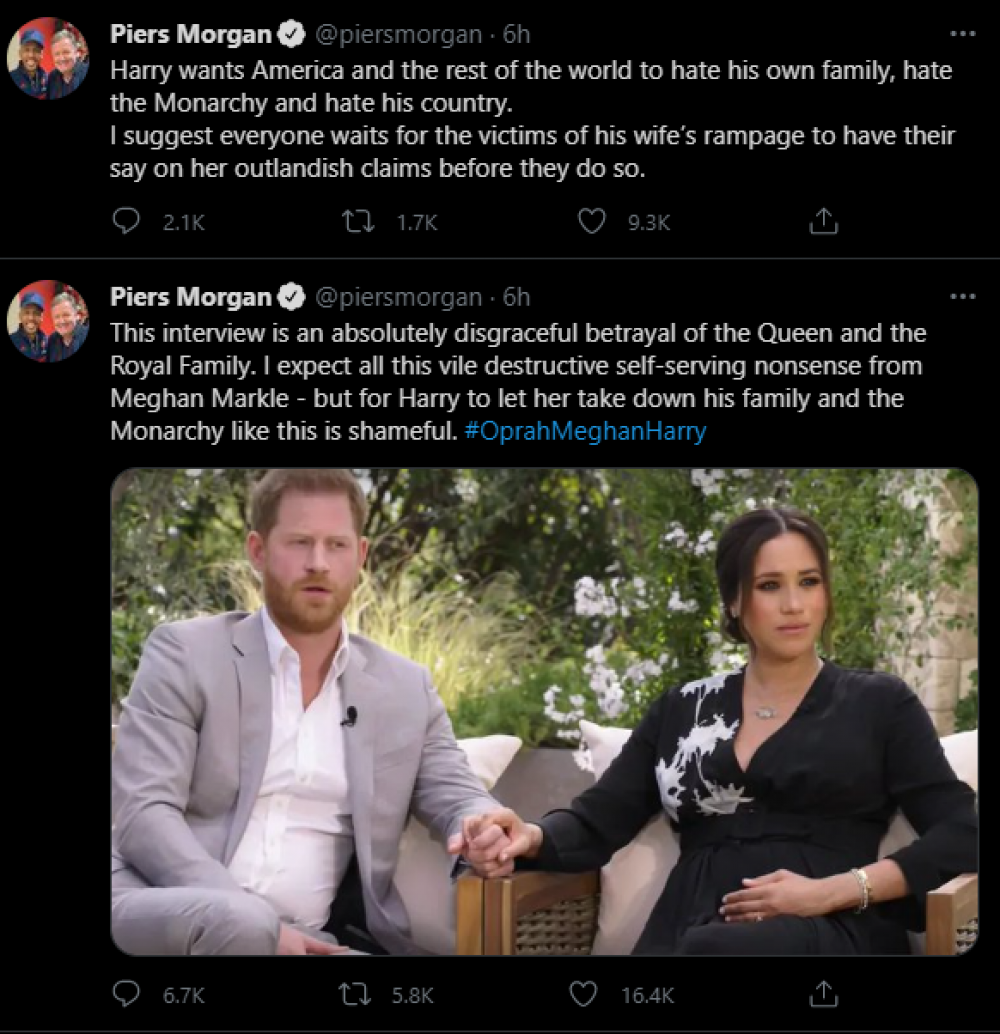 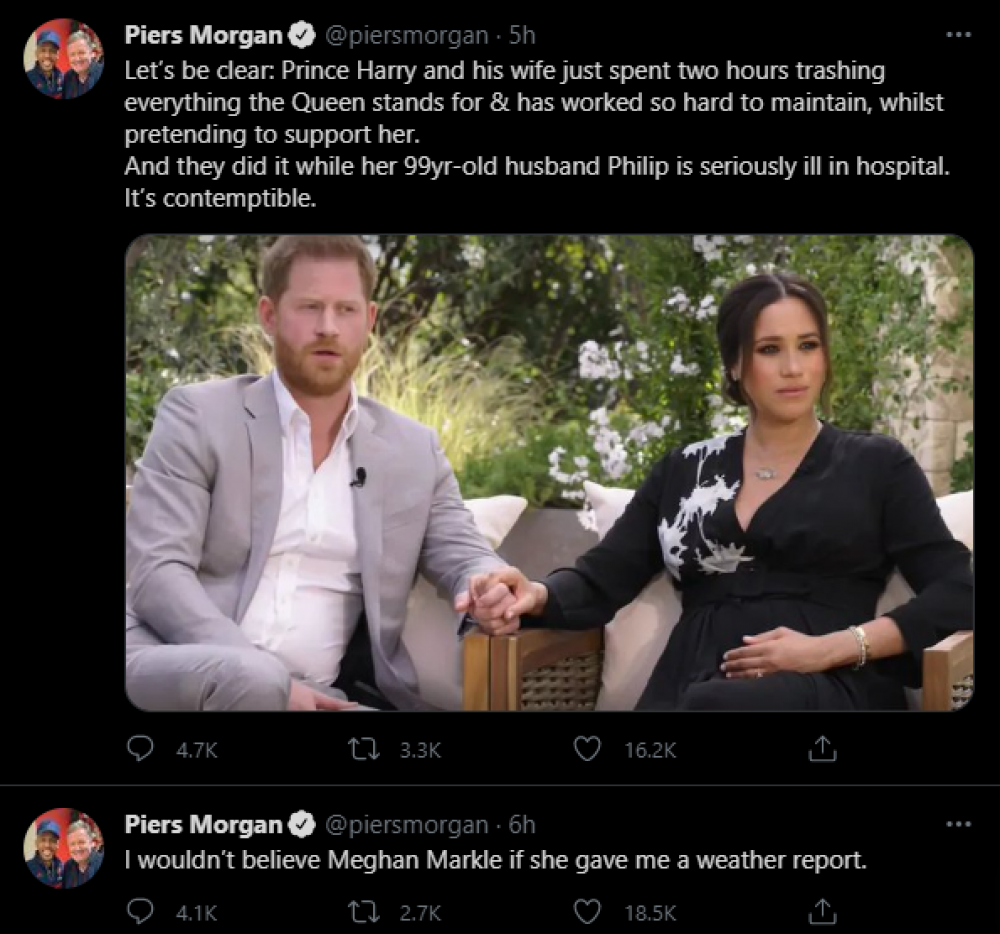