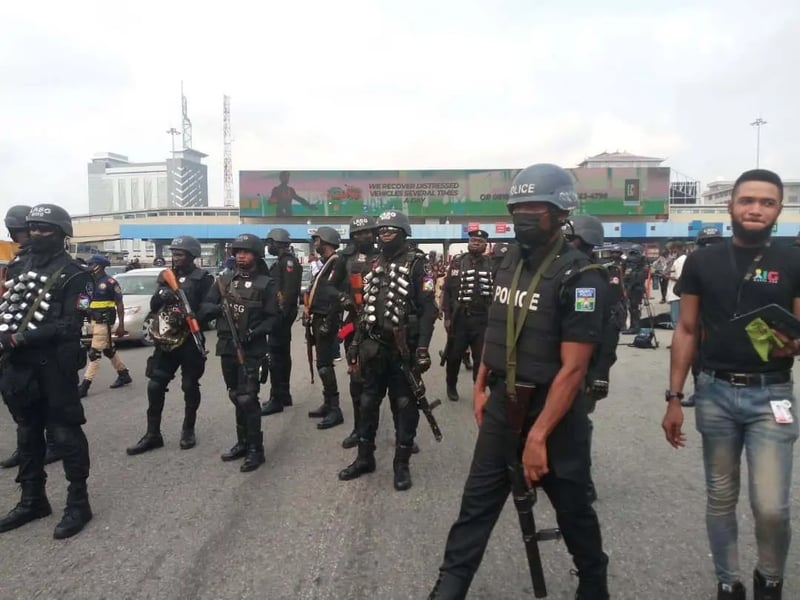 Plateau State Police Command on Monday paraded some criminals suspected to be a gang of gun racketering at its headquarters in Jos.

While parading the suspects, the Commissioner of Police, CP Bartholomew Onyeka said that the existing synergy between the Police, other security agencies and strategic security help groups such as Hunters, VGN, and Neighbourhood Watch has  tremendously made  the task of policing the state rewarding.

"On 17/01/2023 at about 0640hrs, Police Patrol team attached to Safer Highway office of the Command, while on routine vehicular patrol operation, along Shen- Bukuru Road Jos South LGA, intercepted a Gold coloured Honda Accord car with Reg NO. KNK 329 AA driven by one Gwong Gyang alongside one Reto Dagwi both 'males' of Shen Du Jos South LGA.

“Upon interrogation, the suspects disclosed that one Dajah (Surname yet known) way billed the ammunition to them through a commercial driver from Maiduguri to Jos.

They also mentioned one Gideon (Surname yet unknown) male of Bokkos LGA as the middle man between them and Dajah.”

“The suspects further confessed that one Caleb Katwal and Irimiya Dalek both male of Kunet Barah Bokkos LGA Sometime in December 2022, received a G3 rifle facilitated by the same Dajah.

"Based on the strength of their confessions, the said Caleb Katwal and Irimiya Dalek both male, were traced to Kunet Barah, Bokkos LGA, and arrested, and the alleged G3 rifle was recovered from them."

The CP added that  efforts are on to apprehend all suspects associated with the arm deal.

He further stated that two suspected car snatchers were also arrested  “On 20/01/2023 at about 1450hrs, while on routine patrol operation, Operatives of Eagle Eye Patrol Team of the Command led by Asp Taiwo Bamidele, received information that some suspected car thieves were operating along Bukuru axis.

“On receipt of the information, Eagle Eye operatives raced to the scene and arrested one Uche Matthew, aged 40 years old and Michael Okoro, aged 45 years old both 'males' of Sabon Tasha, Kaduna State."