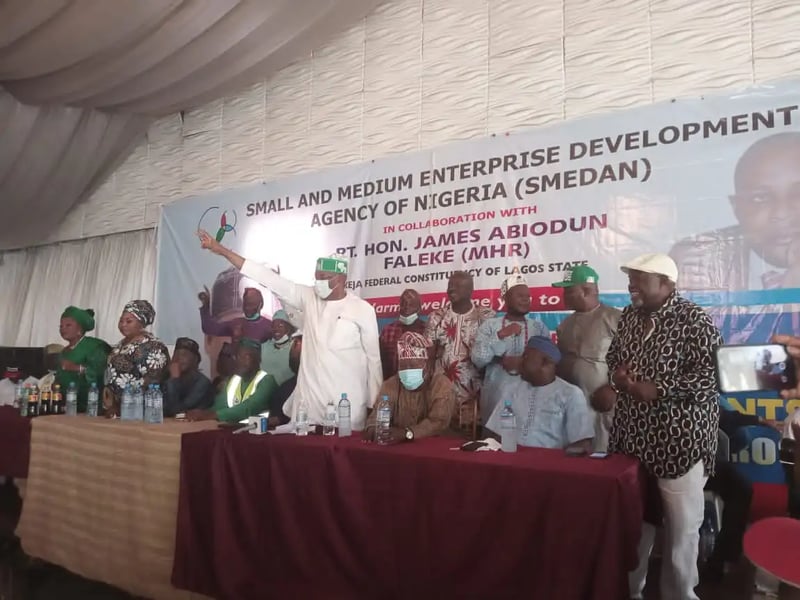 90 youths in Plateau State have been empowered with industrial sewing machines, car wash and shoe-making machines by the Small and Medium Enterprises Development Agency (SMEDAN).

The Director-General of the agency, Olawale Fasanya, presented the items to the beneficiaries in Jos, saying the gesture is part of its ongoing National Business Skills Development Initiative.

Tunde Oloyede, Deputy Director, Enterprise Development and Promotion of the agency, who represented Fasanya explained that the agency had trained the beneficiaries ahead of the presentation of the items, adding that the aim of the initiative is to address the issue of poverty and unemployment in the country.

The director general also disclosed that the essence of the programme currently ongoing across the 36 states of the federation and the FCT is to create a value chain that would reduce the spate of unemployment and make young people self-reliant.

He explained that the programme would go a long way to support the growth of small businesses, thereby, expanding individual income and that of the country in general.

”As you may be aware, Micro, Small and Medium Enterprises (MSMEs) are critical towards the growth of every economy.

”Collectively, MSMEs accounted for the highest job creation in Nigeria with 39.6 per cent of them operating within the country, that have employed over 80.2 per cent of our labour force and contributing 43 per cent to the Gross Domestic Product (GDP).

”It is in a bid to support MSMEs in Nigeria that SMEDAN developed this initiative in order to have a productive youth that will earn a living.

”This initiative is developed to also address job losses, poverty and the current spate of youth migration from the country,” he said.