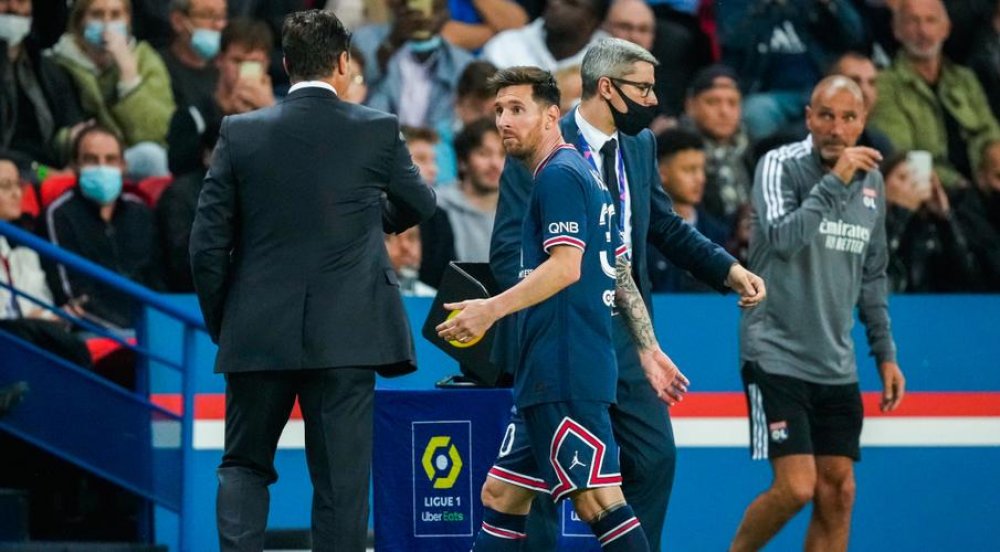 Mauricio Pochettino and Lionel Messi On The Byline

Paris Saint-Germain coach Mauricio Pochettino defended his decision to take off one of his star player Lionel Messi as the former Barcelona man made his home debut in Sunday's Ligue 1 game against Lyon.

Messi was outstanding in the first half at the Parc des Princes but began to fade from the game after the break and was replaced by Achraf Hakimi for the final quarter of an hour with the scoreline 1-1 at the time.

"Everyone knows we have great players, a squad of 35. It is my decision. We can only have 11 players on the field at one time," Pochettino said.

"I only think about the best decision in each game, for each player, just as every coach does.

"We are here to make decisions. Sometimes people will be happy with them, sometimes they won't be."

Messi appeared to reject Pochettino's hand as he walked past his coach towards the Paris bench.

Pochettino dismissed any suggestion the six-time Ballon d'Or winner was unhappy, saying: "I asked him how he was and he said he was fine."

Messi, who hit the woodwork from a free-kick in the first half, is still looking for his first goal in a PSG shirt.