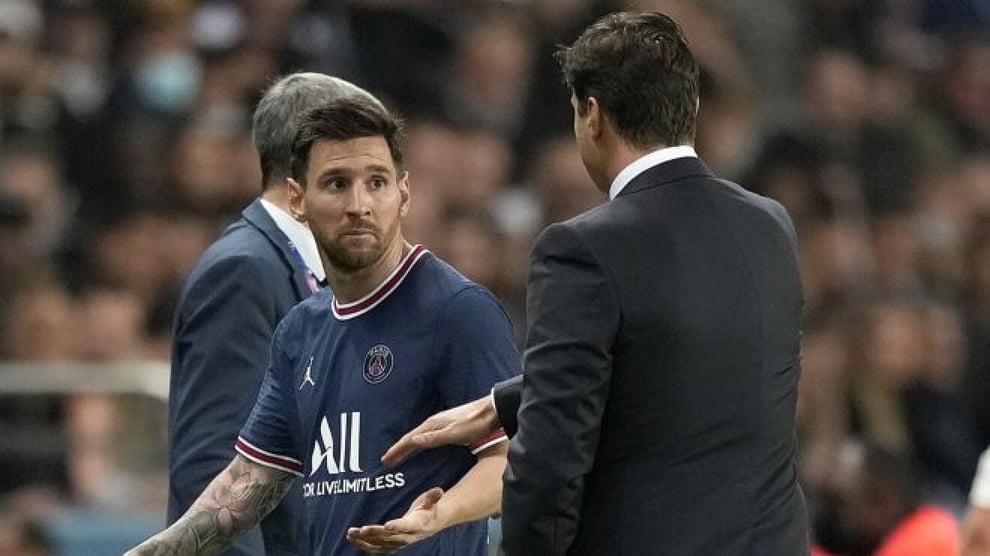 Paris Saint-Germain's strength will be on Lionel Messi's shoulder as they take on Lorient on Wednesday in the final game of the year but must alter their tactics with Neymar still injured and Kylian Mbappe suspended.

PSG are top of the standings with 45 points while relegation-threatened Lorient are 19th ahead of the final match before a short winter break.

Mbappe, who turned 23 on Monday, is suspended for one game after picking up a third booking in 10 Ligue 1 games, while PSG said Neymar is not expected to return from an ankle injury for another "four to five weeks".

"We have to build and move forward in a different way on the pitch. With Neymar or Kylian on the pitch, we are quickly looking for verticality," Pochettino told a news conference ahead of Wednesday's match.

"Without Mbappe we have to build differently and we will perhaps play at a different pace. It will be a challenge to see how the team plays in this situation.

"We are not talking about replacing him but finding the balance to win. We often have things like that because of injuries and suspensions during the year. We have a good squad to find the balance that will lead us to victory."

The onus could fall on Lionel Messi, who has one league goal and four assists since joining the French side this season. But Pochettino said PSG's youngsters could play a part too.

"I think it's important for young players to play in an official match. It's good to be able to mix our team. We have lots of good talent at the training centre," he added.

"We need them to be in the locker room with the professional group. They need experience and over time they will have more. When you feel they are ready, they will play."