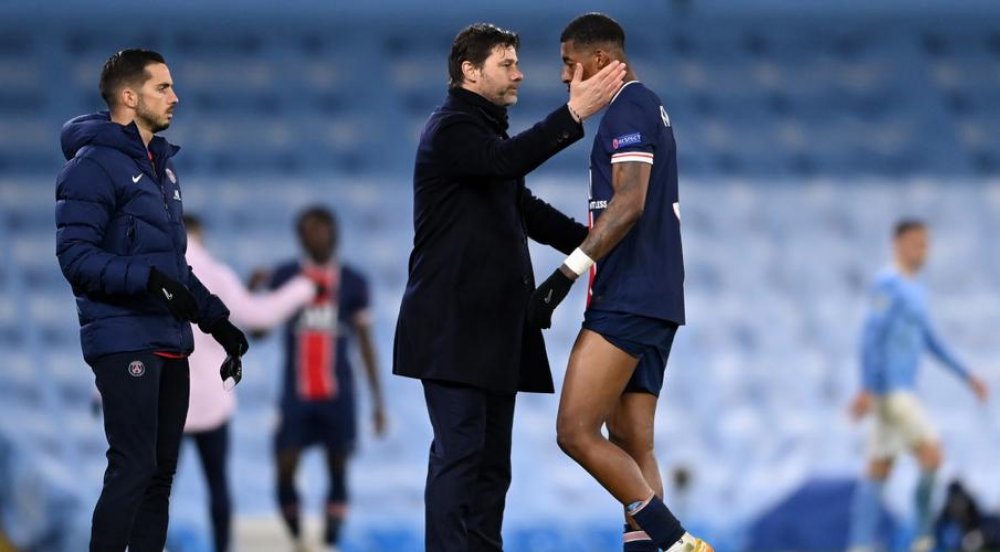 Riyad Mahrez's double at the Etihad Stadium denied the French champions a second straight final appearance, as PSG struggled to break down the City defence without the injured Kylian Mbappe.

"I think that if you analyse the two games, we dominated a team that is very difficult to dominate, but you need this percentage of luck sometimes to score in the key moments," Pochettino told French broadcaster RMC Sport.

"I'm proud. I congratulated Manchester City but I feel disappointed because I think we deserved more, but they were more clinical than us, they were able to score the goals they needed.

"We played the match with the plan we wanted."

PSG defeated Barcelona and holders Bayern Munich to reach this season's last four but paid for their indiscipline and subdued attacking display, ending both games against City with 10 men and failing to register a shot on target in Manchester.

Pochettino, appointed to replace Thomas Tuchel in January, was keen to draw on the positives though with PSG still competing for the Ligue 1 title and French Cup.

"I think we need to be positive. To get here and beat Barcelona and Bayern, it's a shame not to get to the final but the team will never give up, we fight," he said.