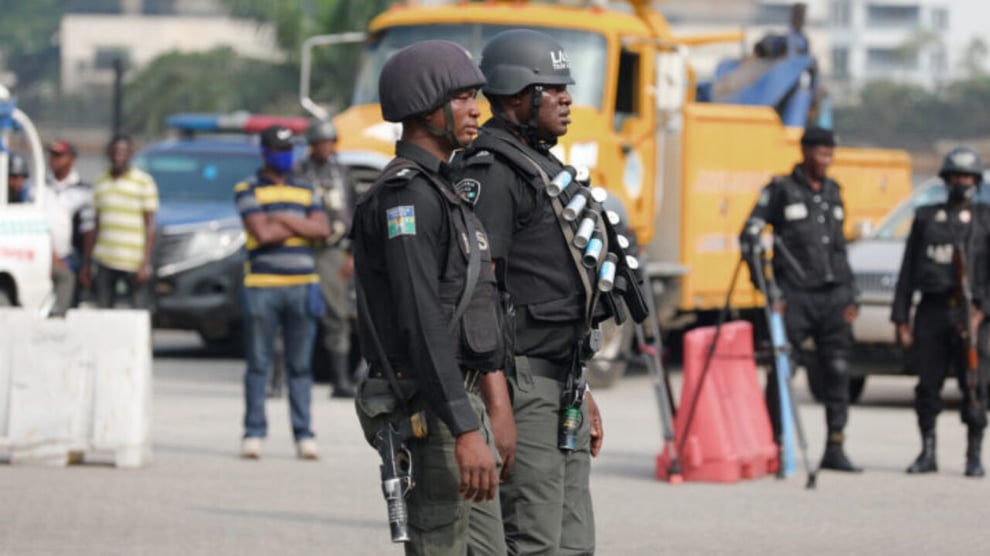 The Police Command in Benue on Friday arraigned one Nyinnyin Ushazungwe (19) at a Makurdi Upper Area Court for alleged criminal conspiracy, illegal blocking of a federal highway and armed robbery.

The Police Prosecutor Inspector Veronica Shaagee told the court that the case was reported by one Benson Pember of Benue State Board of Internal Revenue Services (BIRS) Makurdi on Wednesday.

Shaagee alleged that the complainant, while on transit along Achoho Aliade /Gboko Road, arrested the defendant, with others, where they mounted a roadblock, collecting money from traders and brought him to the SCID.

She said that Nyinnyin Ushazungwe of Opposite St. Lucy’s Parish Awajir, Konshisha LGA, mounted an illegal revenue checkpoint and was collecting money from motorists at Achoho village.

She said the defendants were claiming to be collecting tax for Benue State Government.

According to her, during the Police investigation, they were re-arrested for committing the offence, while his co-conspirators James Akopa and Gomna, (real name unknown) were now at large.

She said they contravened Sections 97 of the Penal Code Law of Benue State and sections 1(1)2(a)(b) of the Robbery and Firearms Special Provisions Act 2004.

The Prosecutor said the investigation into the matter was still ongoing and requested time to complete it.

However, when the case came up for mention, the defendant denied all the allegations.

The Magistrate, Rose Iyorshe, granted the accused bail in the sum of N100, 000 to one reliable surety who should be a civil servant.

Iyorshe further adjourned the case to September 12 for further mention.