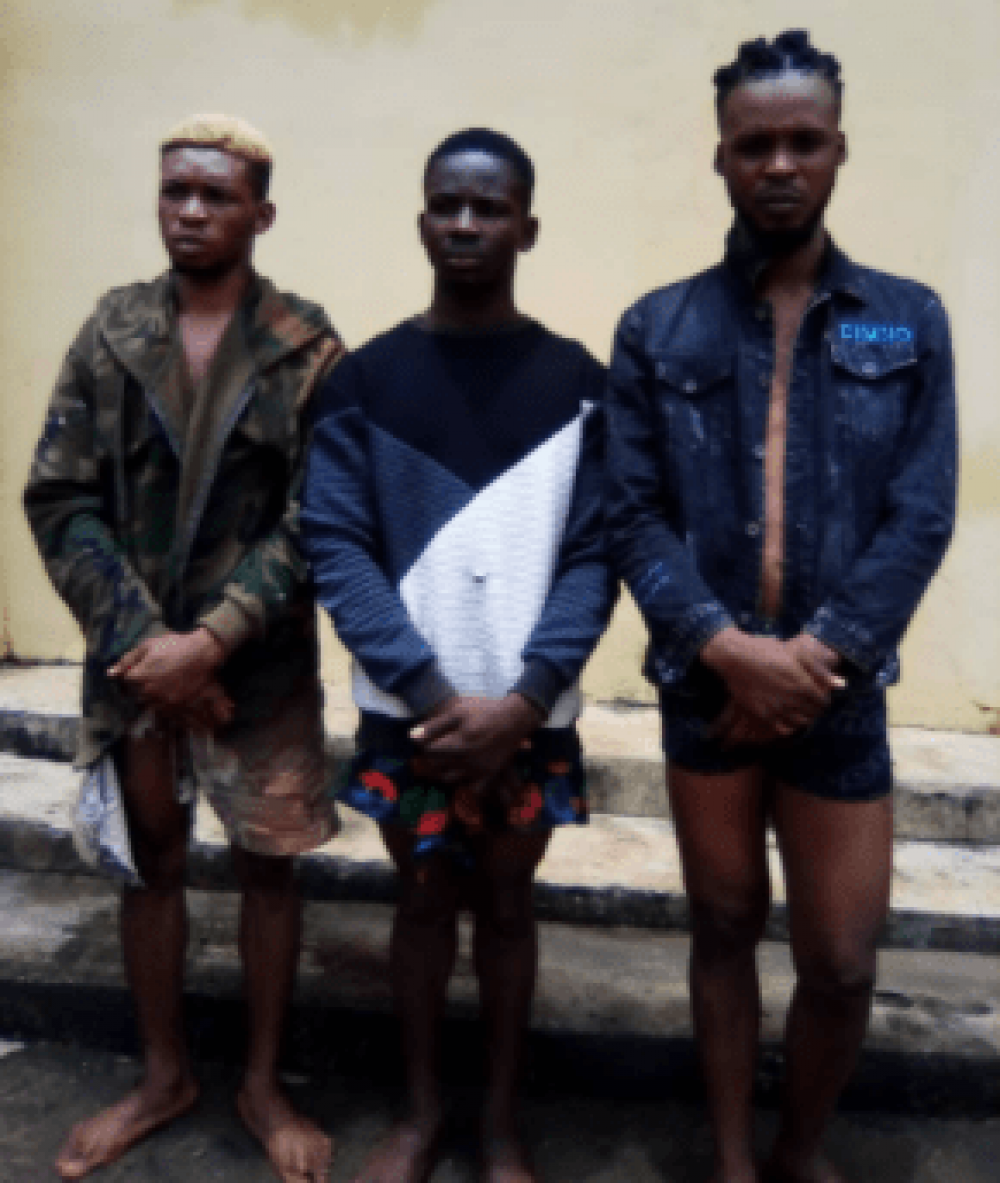 A three-man gang who allegedly kidnapped and raped a 24-year-old makeup artist under the pretext of securing her a makeup job has been arrested by men of the Police Command in Anambra state.

Confirming this, the state’s Police Public Relations Officer said the suspects raped the victim repeatedly while in captivity despite collecting N400,000 ransom from her family.

The PPRO said “The Suspects had on the 13/9/2020 lured a 24 years old lady residing at ST Micheal hostel Temp side Awka under the pretext of securing for her a beauty makeup job, picked her up at Ukpo junction along Enugu- Onitsha Expressway and took her to an isolated building at Awkuzu where they allegedly raped the victim repeatedly while in captivity for two days despite collecting a ransom of four hundred thousand Naira(#400,000) from her relatives.

“Meanwhile, the suspects have voluntarily confessed to the crime, and the victim was taken to the hospital for medical examination. The investigation is still ongoing after which suspects would be brought to book.

“Consequently, the Command enjoined the public to be wary of this new trend of crime and report suspicious persons through the police emergency number 07039194332 or the nearest police station for a prompt response.”