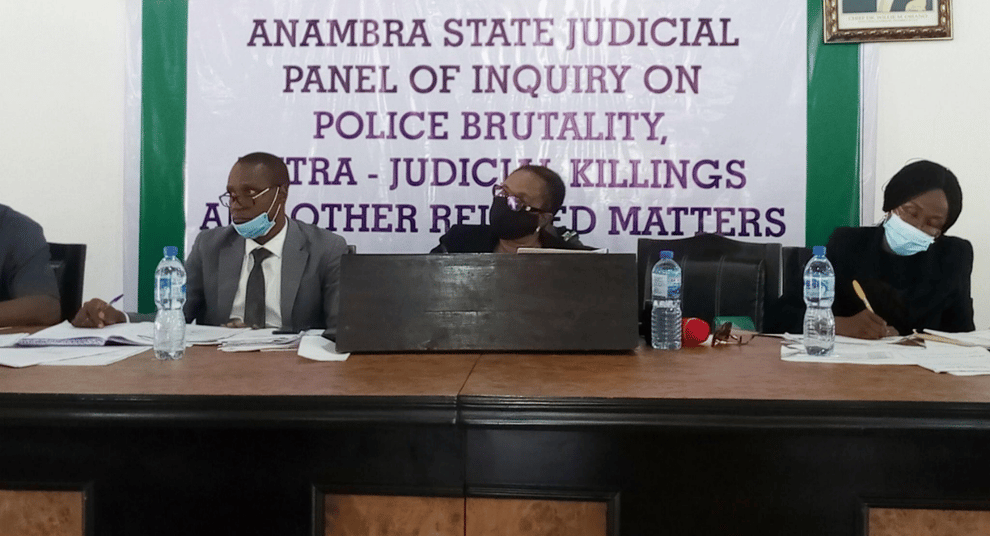 The Anambra Judicial Panel on Police Brutality and other Related Matters says it investigated 310 petitions received from residents of the state.

Vincent Ezekwueme, a member representing the Coalition of Anambra Civil Society Organisations in the panel, disclosed this to journalists in Enugu on Thursday.

Ezekwueme, who is also the Chairman of the Civil Liberties Organisation in Anambra, said the number of cases investigated in the state remains the highest in any given state of the federation.

He also said that the panel was gradually winding down its activities, adding that it was currently at its findings re-verification and conclusion stage.

According to him, the panel is working meticulously to ensure it lives up to its mandate and terms of reference.

Ezekwueme said the panel was poised to present a “worthwhile report” and appropriate recommendation.

“The panel is on course. You are aware that we received 310 petitions, the highest in the country.

“The panel has heard, investigated, and considered the entire 310 petitions and is currently making its findings and reaching conclusions.

“The retired Justice Veronica Umeh-led panel has vowed to do justice to all the petitions and complaints brought before it.

“It is committed to living up to its mandate,” Ezekwueme further said.

Recall that the 37-member panel was set up on Oct. 20, 2020, to look into the allegations of brutality and extra-judicial killings by the defunct Special Anti-Robbery Squad (SARS).

The panel was mandated to receive and investigate the complaints of police brutality relating to torture, high-handedness, and extra-judicial killings by SARS and police in the state.