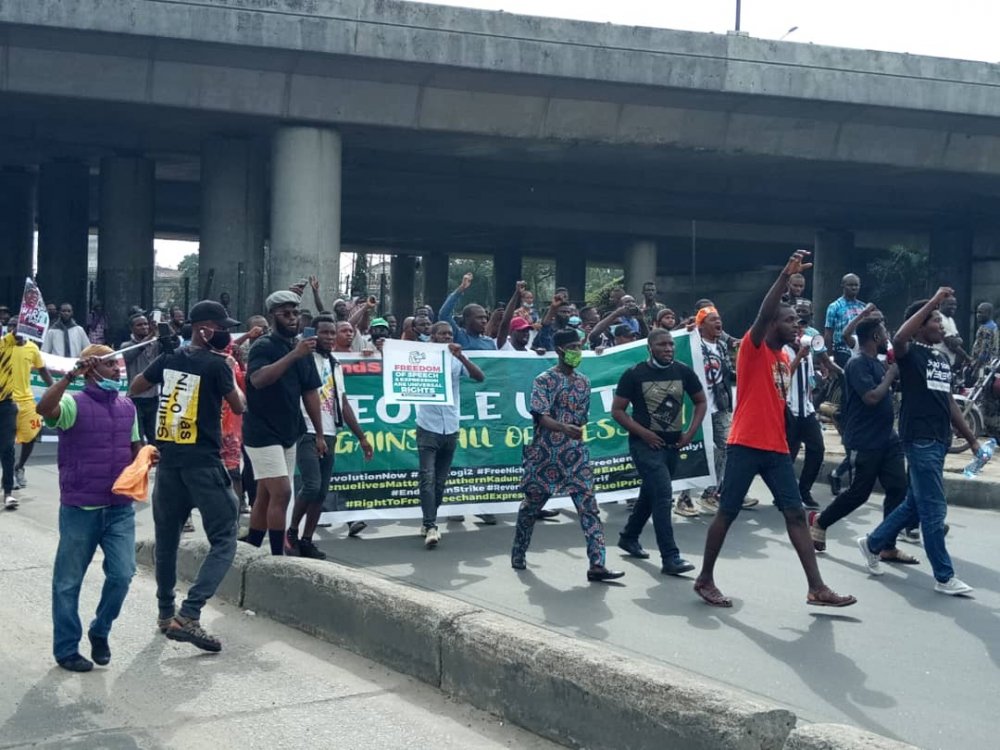 According to report, the police had stationed their patrol vehicles on the Ikorodu/Maryland Expressway, near the park, preventing people from entering the park.

The protesters numbering about 50, some of whom wore red berets, gathered on the expressway, chanting solidarity songs.

It was not certain under which umbrella they gathered.

A senior police officer, who pleaded anonymity,  advised the protesters to be civil in their approach.

“I am not stopping you from protesting, but do it without inviting hoodlums to take over the protest,”  he said.

The protesters, however, did not heed the officer’s advice as they continued chanting solidarity songs.

This made policemen release gunshots into the air, forcing the protesters to scamper in different directions for safety.

The leader of the police team told the press that no one was arrested at Ojota.

“We only dispersed the protesters by firing into the air,” he said.

According to report, a group identified as Indigenes of Lagos equally organised a  protest against the planned June 12 protests.

“We want peace, not war. We are law-abiding citizens,” one of the leaders, who refused to have his name mentioned, told the press.

The Commander of  Rapid Response Squad (RRS) of the state police command, CSP Olayinka Egbeyemi, who met with the latest protesters at noon, advised them to go about their lawful businesses.

He assured them of adequate security.

“Everyone is entitled to protest but the protest must be within the law.

“Everyone should go about his or her businesses.

“We are going round Lagos. There is no way for hoodlums to operate,” he said.