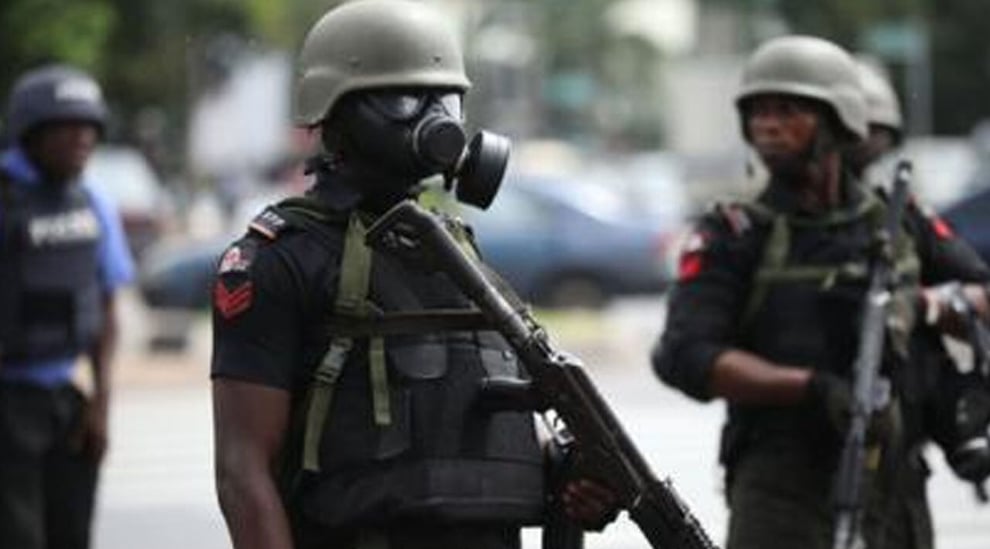 Spokesman of the state police command, Ikenga Tochukwu, made this known in a press statement issued on Wednesday.

Part of the statement reads: “Anambra State Police Operatives while on patrol along Obosi Nkpor road by Obosi town hall at about 11:39 pm on 26/6/2022, accosted a gang of armed men in white Toyota Hiace bus, red Toyota Corolla and a motorcycle.

"The Operatives engaged the armed men in a gun battle, neutralised two of the hoodlums and recovered one pump action, one locally fabricated pistol and red Toyota Corolla with reg nos. AKD 303 DW.

"During the gun duel with the hoodlums, the superior fire power of the Operatives made the assailants flee the scene with the Toyota Hiace bus and a motorcycle.

“Meanwhile, the police has intensified patrol in the area and improved operational positioning to respond to distress calls, especially aimed at arresting other fleeing gang members,” Ikenga said.

In another development, the spokesperson said: “Operatives at about 11 pm on 26/6/2022 while on patrol along central school road, Umusiomen Nkpor, Ogidi recovered a white mercedes benz 350 with reg. Nos RSH 836 BE suspected to have been abandoned by criminal elements.

“The suspects were caught armed with a locally made pistol, in an attempt to dispossess a young lady of her cash after withdrawing money from an ATM.

"The suspects were already beaten to stupor by the angry mob before police rescued them.

"The Operatives also recovered one locally made pistol and one live cartridge from the criminals.

“The Commissioner of Police, CP Echeng Echeng while charging the Operatives to sustain the tempo on the fight against violent crimes in the state, reiterates the advocacy against mob action/jungle justice.

“He also encouraged the public to take suspects to police stations whenever they are apprehended.

"This will help the police to conduct proper investigations into the activities of the suspects and bring them to justice in accordance with extant laws."