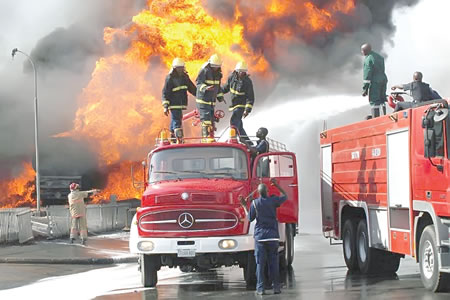 Police have launched an investigation into what caused a fire at multi-million Alibert furniture showroom in Kano.

In a letter released by the deputy commissioner of police in charge of criminal investigation, Kano police command, DCP  Muhammad  Abba Umar said there is a case of alleged mischief and sabotage that led to the fire in December 2021.

The letter with reference number  CR: 3000/KSX/D6/Vol8/74 stated that a complaint of mischief with fire was received from one Abdulhadi Rabiu alleging that the fire incidence that engulf the poplar furniture company in Kano was caused by mischief as against the alleged attribution of the incidence to faulty electrical gadgets installed within the premises.

The police as part of the investigation on February 7, requested the managing director of Alibert furniture, to report to the officer in charge of legal/prosecution at the command.

The complainant is accusing Alibert furniture, who occupied the building as a commercial tenant of conspiring to set the property ablaze.

The complainant pointed out that, Kano Electricity  Distribution Company, KEDCO has faulted the claim by Alibert furniture that the fire had emanated from a transformer that feeds the building with a power supply.

He informed the police that the fire incidence was planned and executed by some persons commissioned to achieve criminal intended motives that are bothering on indemnity claims.

The company under investigations through a formal reply dated January 27, 2022 addressed to the commissioner of police, Kano command has dismissed all the allegations contained in the complaint.