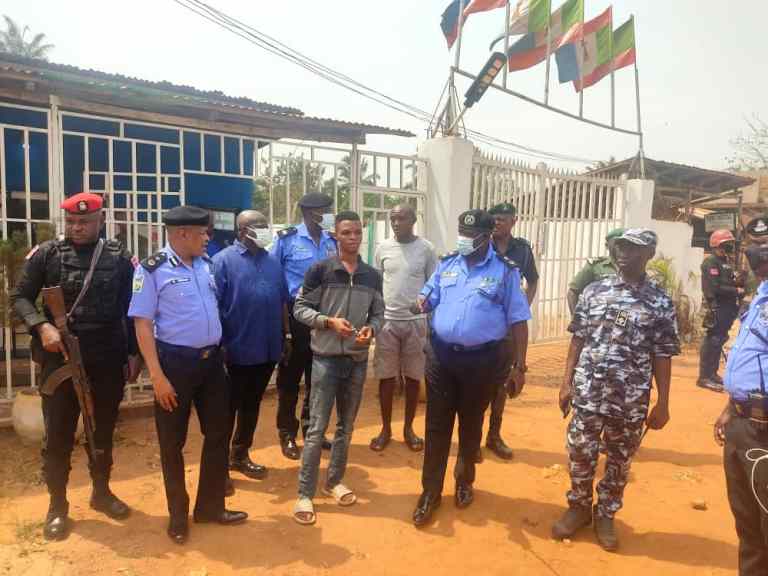 Ogbonna was whisked away by hoodlums who attacked the APC ward meeting at the Obeagu-Awkunanaw community of Enugu South Lo al Government Area (LGA).

He was abducted and taken to an unknown destination during the invasion.

The commissioner also ordered for manhunt of the assailants, who are said to have shot sporadically and murdered the former party chairman of Enugu South LGA and current youth leader of the party in the state, Kelvin Ezeoha.

The gunmen also killed another ward party member Chidera Ogiba. One other was seriously injured.

The victims were immediately moved to a nearby hospital, where Kelvin Nnaemeka Ezeoha and Chidera Ogiba, were both confirmed dead by medical doctors and deposited in the mortuary for preservation and autopsy, while the injured victim is responding to treatment.

The Commissioner who visited the scene of the attack assured that no stone would be left unturned in fishing out perpetrators of the heinous crime.

He, however, urged political parties in the State and their members to, "ensure they timely notify the command of their meetings or other political activities, to enable it plan and ensure adequate security coverage of such events, to avert untoward incidents of this nature."

A statement signed by the Enugu Police Public Relations Officer, Daniel Ndukwe, said the commissioner spoke when he visited the scene of the attack.

“Abubakar Lawal has today, 19/01/2022, visited scene of the alleged incident of invasion, shooting, injury, murder and abduction, by yet-to-be-identified armed hoodlums, at Obeagu Ward 3 Party Secretariat of the All Progressive Congress (APC) in Obeagu-Awkunanaw community of Enugu South LGA, while the party members were having a political meeting on 18/01/2022 at about 7 pm.

“He also visited one seriously injured victim in the hospital where he is receiving treatment," he said