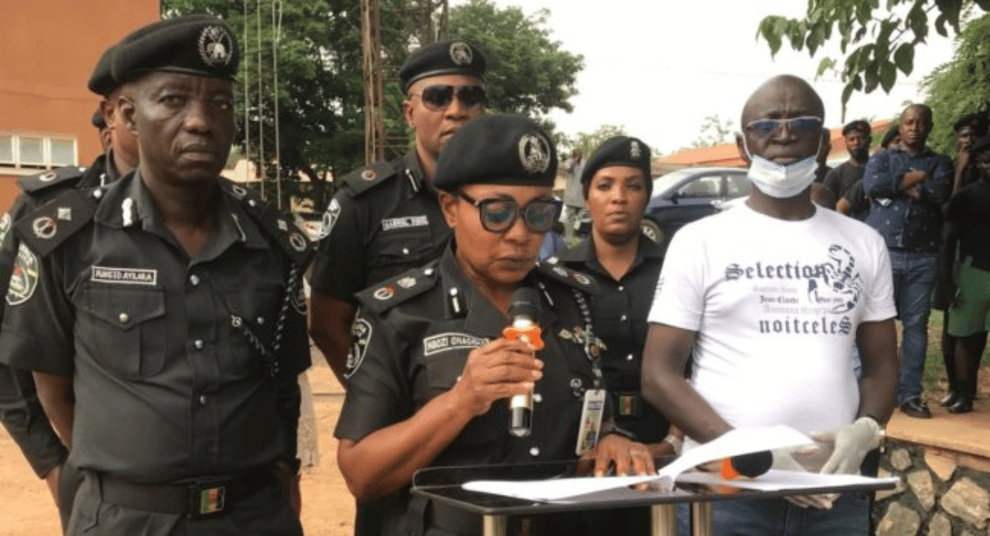 The new Commissioner of Police, Adebowale Williams, made this known while parading the suspects at the command’s headquarters, Eleyele, Ibadan.

Williams said that the Department of State Services, Ibadan on May 31 transferred to the command, a case of conspiracy and murder after arresting a 31-year-old suspect linked with the crime.

He said that the suspect allegedly engaged in ritual killing and selling of human parts, which were unlawfully found in his possession.

The police chief said that the principal suspect, upon interrogation, confessed to have murdered a 26-year-old man, Wale Adefabi, who visited him along with his girlfriend, one Layelawa Simbiat.

“The principal suspect further mentioned his two other accomplices in the murder of the deceased and sequel upon this information, detectives from Homicide Section swung into action and apprehended them.

“The other accomplices have also confessed to have murdered the deceased together with the principal suspect and that the deceased body parts was shared among themselves for rituals,” he said.

Williams said that the flesh of the deceased was recovered from the principal suspect and was taken to the University College Hospital (UCH) for Forensic Analysis.

He further said that investigation was still ongoing to apprehend other culprits who were mentioned in the murder of the deceased.

Speaking with journalists, one of the suspects, who claimed to be an Alfa, said that they poisoned the tea served the deceased which killed him.

The suspect further said that they used knife to cut the deceased’s body parts and shared his parts for ritual purposes.

The commissioner of police said that all the paraded suspects would be charged to court after the conclusion of investigation.

He warned the criminal elements and perpetrators of evil vices to desist from their unwholesome and nefarious activities, saying that their criminal enterprise would not be allowed to flourish anywhere in the state.

Williams said the command would not hesitate to identify, isolate and bring to justice any person or group that attempts to threaten the sacred democratic order and peace in the state.