Policeman, 2 Others Killed In Ikorodu Community By Land Grabber 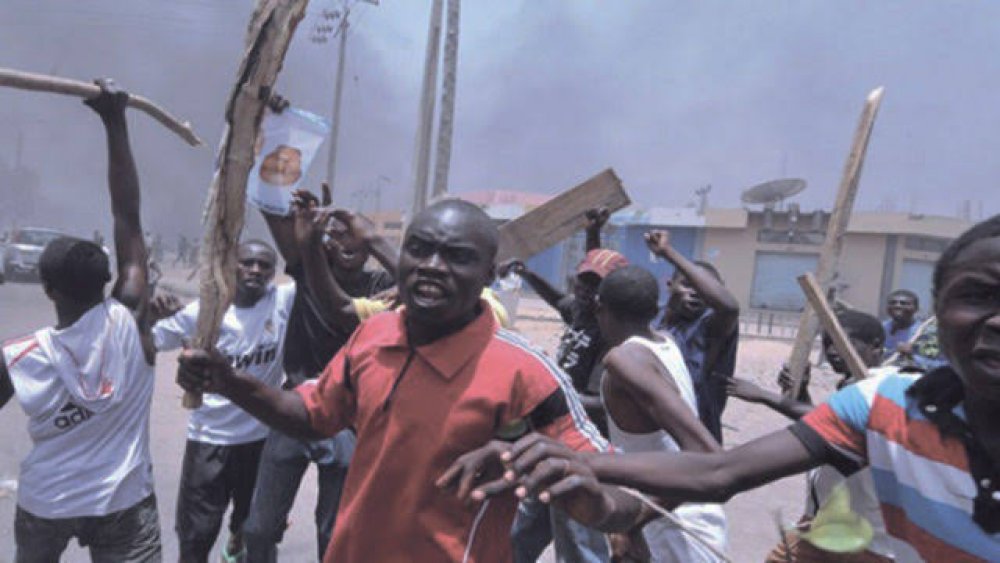 Residents of Gberigbe in Ikorodu, Lagos State, have been living in fear since Saturday when hoodlums suspected to be land-grabbers invaded the community and killed three persons, including a policeman on duty.

A community leader in Gberigbe, Olaiwola Akanmu, said that the hoodlums attacked the community in a bid to forcefully take possession of a piece of land in the area.

“They killed two “Omo Oniles” and one of the four policemen on duty here.

“In a bid to take over some people’s land, some land-grabbers led hoodlums suspected to be cultists to invade our community.

“The hoodlums shot sporadically and eventually a policeman and two people lost their lives since then people have started living in fear.

“I am calling on the police IG and CP Lagos State to help restore peace and save our community from the hands of hoodlums and land-grabbers,” said Akanmu, who is Secretary of Orelade/Ladera Royal Family, Gberigbe.

According to him, the matter has been reported to the police to bring the situation under control but residents still live in fear of reprisal attacks.

Also speaking on the incident, Olugbenga Mayan, another community leader, urged Lagos State Government to urgently intervene by addressing the problem of land-grabbers in the state.

“We are calling on government and security agencies to assist us, commercial activities have been grounded; residents no longer sleep with their two eyes closed,” he said.

Monsuru Adeniji, a resident, said that the incident was having untold hardship on the residents, as transporters were afraid of bringing passengers or plying the route due to fear of attack.

Contacted, Spokesman for Lagos State Police Command, (CSP) Adekunle Ajisebutu said: “I will contact you as soon as I’m briefed on the matter.”