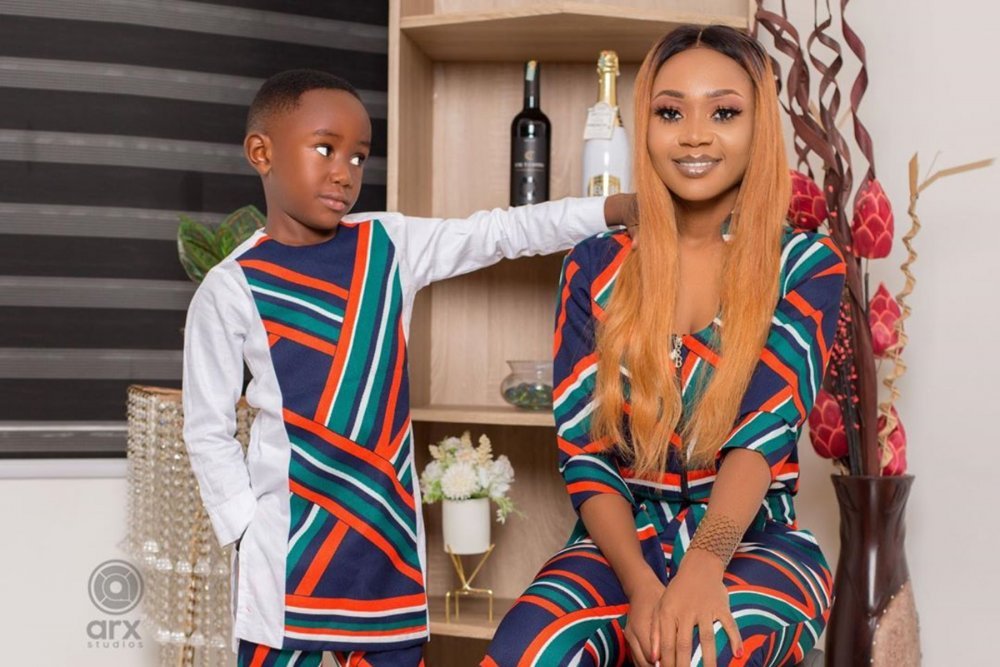 Popular Ghanaian actress, Rosemond Alade Brown, better known as Akuapem Poloo, has been convicted by the Accra Circuit Court for the publication of a nude picture with her seven-year-old son in June, last year.

The conviction came after the actress changed her plea from not guilty to guilty to all the three charges preferred against her.

Recall that the Ghanian actress had sparked internet rage in June last year after she shared a picture of herself naked as she marked the seventh year birthday of her son.

The actress immediately apologized due to the intensity of the backlash as she stated that the photo was targeted to encourage people to appreciate their mothers.

However, Bright Appiah, the director of Child Rights International in Ghana, had called for her prosecution in a petition leading to her invitation and arrest by the police.

Poloo was subsequently charged with publication of obscene materials and engaging in domestic violence, which is an act that in any way undermines another person’s privacy or integrity.

According to reports, Poloo had earlier pleaded not guilty to the charges when she was first arraigned but according to Starr FM, the actress pleaded guilty to all the three charges pressed against her when she was in court on Wednesday.

Judge Christina Cann subsequently convicted her but adjourned the sentencing to April 16 so that she could go for a pregnancy test as required by law in Ghana.

Cann also directed that she should be remanded pending the result of the pregnancy test ahead of the sentencing.

However, the court admitted her to bail in the sum of GHc100,000 (N6.5 million) with four sureties, of which two must have landed property worth the same amount.

This was after the counsel of the film star, Philip Kofi Bekoe, pleaded that the court should grant her bail on the ground that she was a public figure.