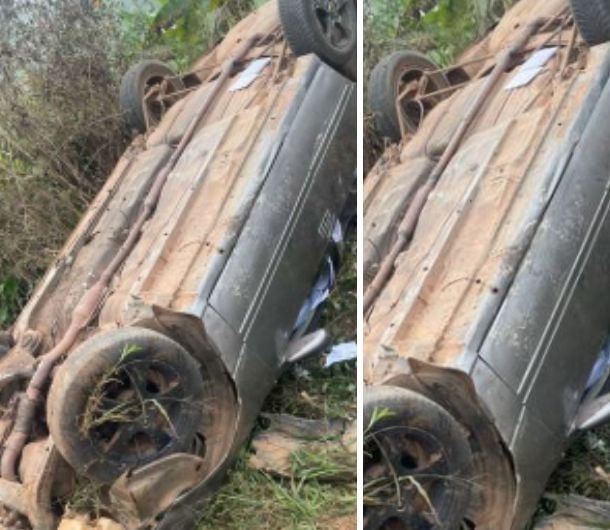 A popular Osun based freelance broadcaster, Rotimi Jolayemi has escaped unhurt after being involved in a lone accident.

Information gathered revealed that the accident involving Jolayemi popularly referred to as Oba Akewi occurred while he was travelling to Kwara State for an assignment on Tuesday.

Speaking with AllNews via telephone, Jolayemi who explained that he came out unhurt and is safe added that his travelling companion sustained a minor injury.

He also explained that the crash occurred when the vehicle he was travelling in somersaulted three times which left his car severely damaged.

It will be recalled that in early April 2021, another popular freelance broadcaster Sunday Alakide was involved in a ghastly motor accident along the Ilesa-Akure expressway which claimed his life and that of one of his travel companions.

The third person in the vehicle, a female student of Mass Communication from the Osun State Polytechnic, Iree sustained severe injuries and was on admission for several months.