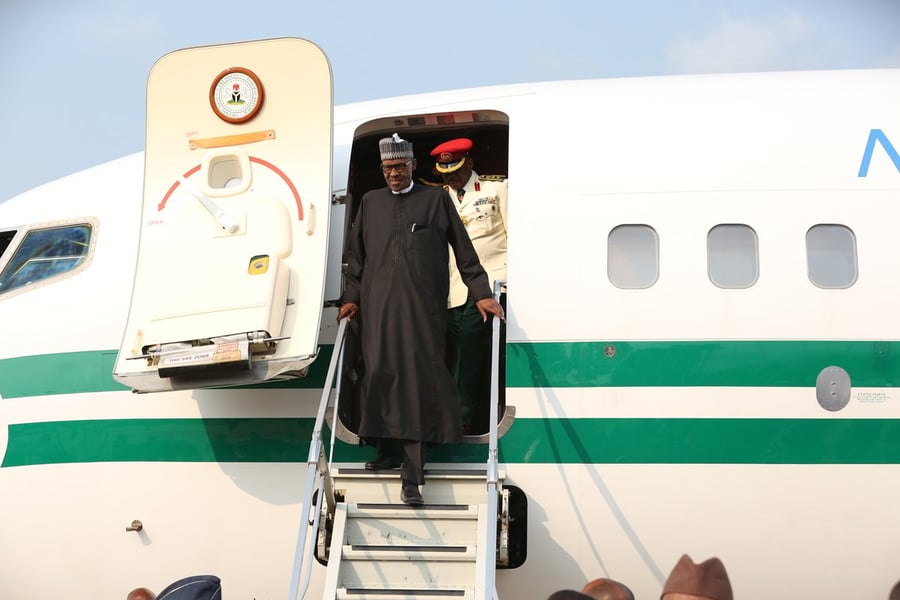 President Muhammadu Buhari has unexpectedly canceled his UK trip, returning to Abuja on Friday after he was scheduled for a medical checkup.

The president's return to the country was revealed by his personal aide, Bashir Ahmad, who shared the development via a tweet.

President @MBuhari is back in Abuja. pic.twitter.com/0byZJ698Pg

Tongues are now wagging and it's anyone's guess what could have necessitated the move back to Nigeria after Buhari returned by a Kenyan summit.

President Buhari's two-week medical trip to the United Kingdom was earlier announced by his spokesperson, Femi Adesina, in a statement released earlier this week.

From Kenya, President Buhari will proceed to London for routine medical checks that will last for a maximum of two weeks,” Adesina had said.

Per a Daily Post report, the president returned to the country on Friday by 1 pm. No official statement has been issued to address the development as of the time of this writing.