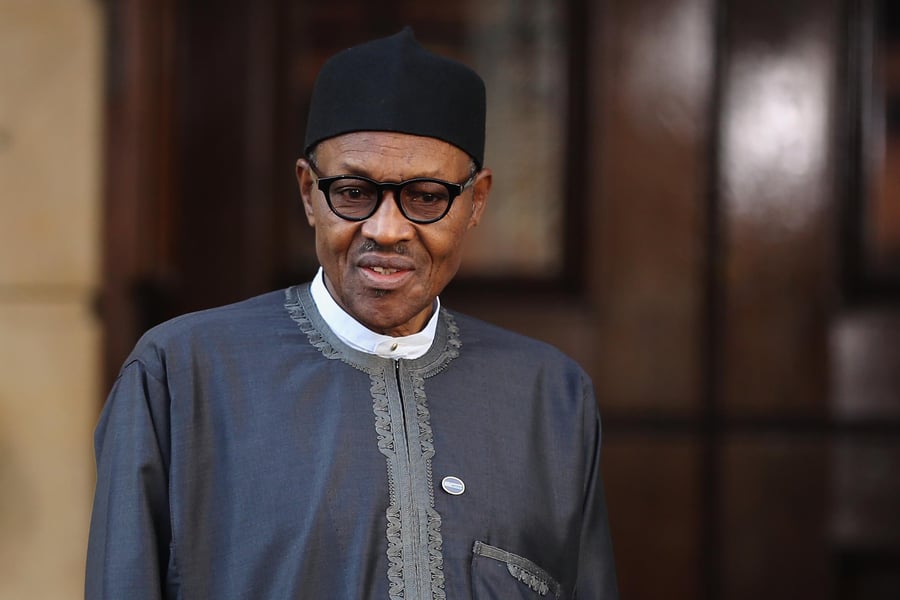 At the National Productivity Day event in Abuja, President Muhammadu Buhari presented NITDA with the award. 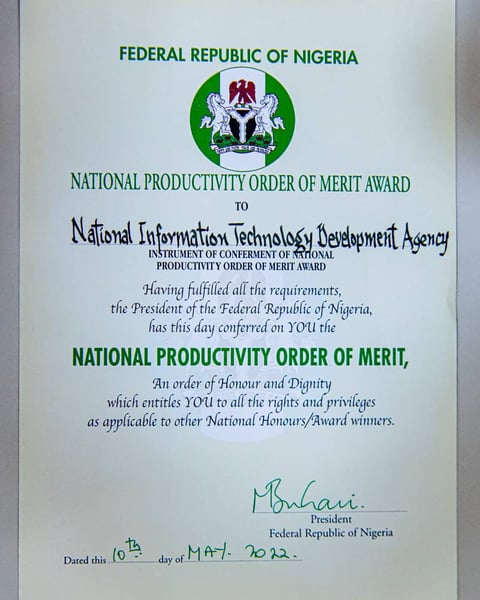 NITDA received the prize alongside 47 other notable Nigerians and organizations, both public and private.

Buhari complimented all of the recipients on their achievements and well-deserved accolades.

It went on to say that the agency had made significant and praiseworthy progress in assisting Nigeria's transition to a sustainable digital economy.

“The agency’s proactive action in creating a robust management procedure, through which any irregular or adverse event that occurs and affects the normal functioning of a system is adequately dealt with is a worthy accomplishment.

“Another commendable attribute of the agency is its commitment to improve and sustain productivity through training and retraining of staff.

“As a matter of policy, every staff of NITDA is expected to have at least 40 hours of training within three years and this has resulted in improved staff competencies, knowledge, and skills.

While accepting the award on behalf of the agency, Malam Kashifu Inuwa, the Director-General of NITDA, promised the agency's continued drive to expand the digital arena in order to influence the lives of more Nigerians.

Inuwa stated that the agency would continue to expand its digital footprint by building a critical mass of information technology-savvy and globally competitive personnel.

The award is given in the 2020 Organizational Category, and it distinguishes NITDA as the sole government agency among other privately-held businesses to get it.