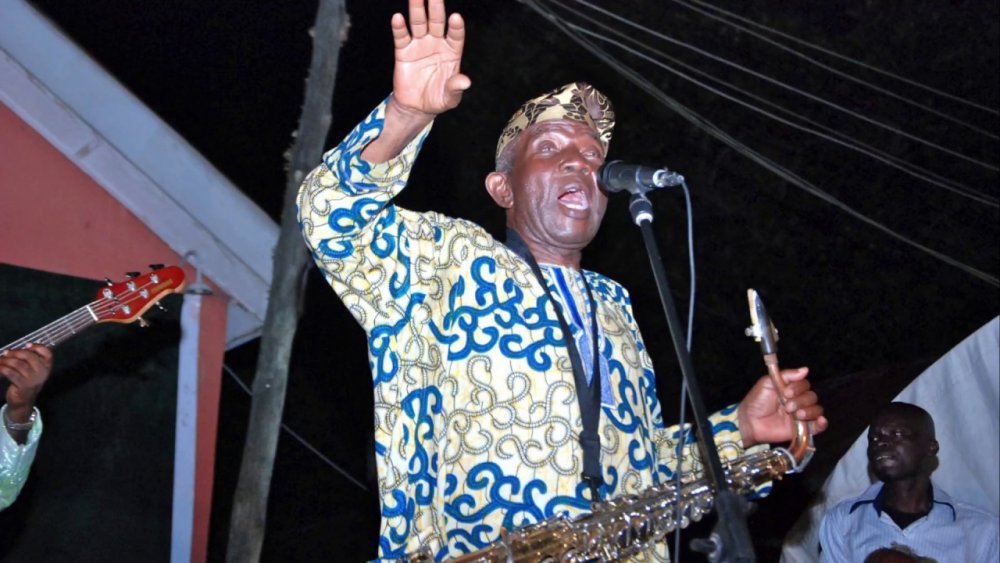 President Muhammadu Buhari has condoled with the entertainment industry, particularly musicians and producers, over the passing of the renowned music producer, instrumentalist, and instructor, Pa Chris Ajilo.

The Veteran highlife musician, producer, teacher, and retired rights administrator, who celebrated his 91st birthday on December 26, 2020, died at 10.30 am on Saturday, February 20, 2021, at the Wesley Hospital, Ilesa, Osun State, from malaria.

One of his associates, the veteran sports broadcaster, Yomi Opakunle, who was at the 91st birthday celebration of Pa Ajilo in Ijebu-Jesa, Osun State, confirmed his passing to the press soon after Ajilo passed.

Ajilo was bandleader of the National Orchestra for Nigeria’s independence in 1960.

In a condolence message by the Special Adviser to President Muhammadu Buhari on Media and Publicity, Mr. Femi Adesina, the President commiserated with the family, friends, and professional colleagues of the highly celebrated artiste.

Buhari noted that Ajilo’s talent completely altered the music industry in Nigeria, giving it more depth, meaning, and appeal, as he inspired a genre that was accepted across class, age and creed.

According to him, the legacies of discipline, focus, and professionalism that Ajilo brought into the industry, after studying music for many years in England, will be remembered by generations.

Buhari prayed that, as the remains of the multi-talented instrumentalist go to rest on April 16, the music teacher would find eternal rest with God.

He also expressed optimism that the many musicians and producers he mentored would carry on with his vision.