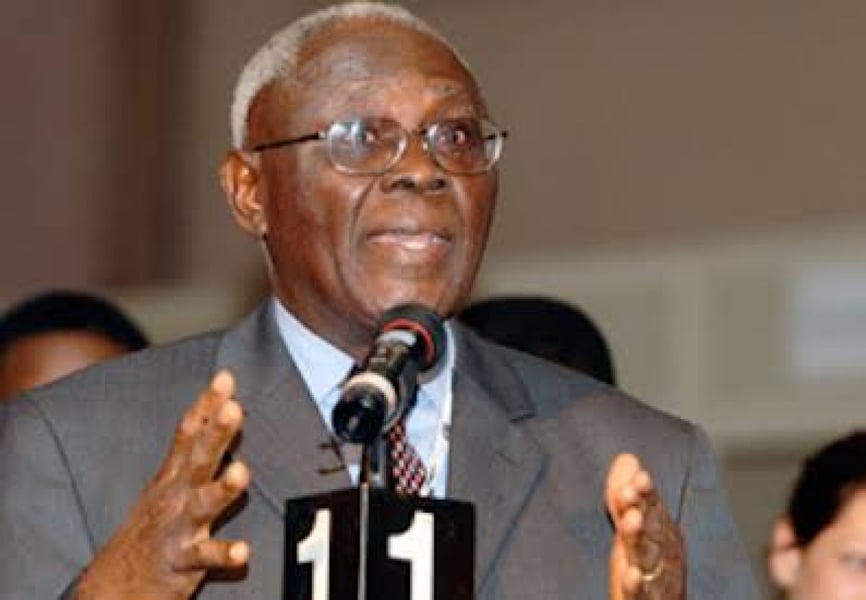 President Muhammadu Buhari has condoled with family, friends and associates of an erudite Professor, Akin Mabogunje who died aged 90.

Buhari described the loss as one which will be greatly felt by the country.

This was contained in a statement by the Special Adviser to the president on Media and Publicity, Femi Adesina on Thursday.

"The President commiserates with Prof. Mabogunje’s network of professional associates and experts, at home and abroad, who have shared in his vision of nation building, with cerebral works in urbanization, human and regional development, geographic perspectives and shelter provision.

"President Buhari notes the depth, reach and extensive research of the first African President of the International Geographical Union, who in 1999 was first African to be elected as a Foreign Associate of the United States National Academy of Sciences, and in 2017, was elected a Foreign Honorary Member of the American Academy of Arts and Sciences, and received the Vautrin Lud Prize.

"The President affirms that Prof. Mabogunje’s contribution to education in Nigeria, and in many parts of the world, remains indelible, especially the leadership positions he held, which include Pro-Chancellor and Chairman of Council, Ogun State University, Chairman of Ibadan School of Government and Public Policy, Member, Board of Trustees Nigerian National Merit Award Endowment Fund and later Chairman of the Fund."

The president further prayed for the deceased while praying that God comforts his family.