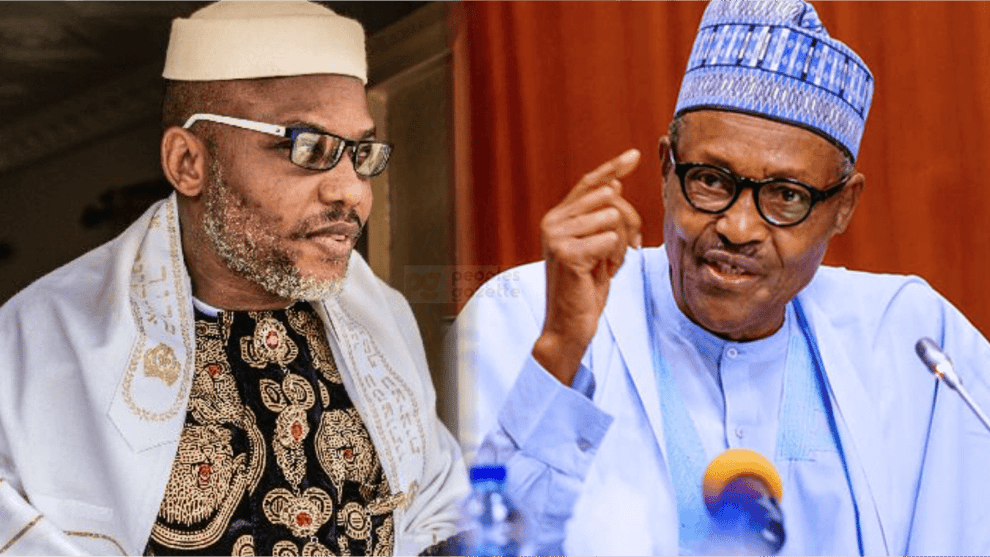 President Muhammadu Buhari has rejected the request by Igbo leaders for the release of the leader of the Indigenous People of Biafra (IPOB) Nnamdi Kanu, insisting that he must defend himself in court.

On Friday, traditional, religious and political leaders from the Southeast made the appeal when they met with Buhari at a Town Hall meeting in Abakaliki, Ebonyi.

President Buhari was on a two-day working visit to Ebonyi State for project inaugurations and to interface with the Southeast leaders where he commissioned life-touching projects in the state on Thursday.

However, the president refused the appeal by the Southeast leaders, saying, “I have listened carefully to the various appeals from the elders to the traditional leaders regarding a wide range of options.

"As I have said previously, this matter remains in the full purview of the courts where it will be properly adjudicated.”

Buhari also frowned at the brutal activities of terrorists in the South-East and other parts of the country, saying that his administration is still committed to protecting and defending innocent citizens from those bent on causing a breakdown of law and order across the country.

The president expressed worry over the rising case of insecurity in the region, adding that his directive to security agencies is to flush out those perpetrating violence in the land.

Governor David Umahi of Ebonyi, who appreciated the president for his visit to Ebonyi, reiterated his position for a political solution to the Nnamdi Kanu dilemma.

Others who spoke at the event including the Chairman, South East Traditional Rulers, Eze Charles Mkpumah and the Chairman, Christians Association of Nigeria (CAN), South-East, Rev. Abraham Nwali, appealed for the release of Kanu.