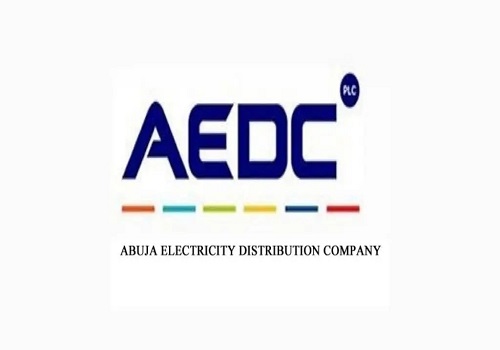 The power tussle among the owners of the company has affected the welfare of the staff of the distribution company.

A statement by Ofem Uket, a media aide to the Minister of Power, Goddy Jedy-Agba, announced that a new interim governing board had been appointed to oversee the day-to-day operations of the electricity distribution company.

The statement indicated that the sack of the management team was conveyed by the presidency to the Federal Ministry of Power, stressing that the new development takes immediate effect.

Although the decision had been expected long before now, the dissolution of the board was further accelerated by Monday’s industrial action embarked upon by the aggrieved staff of the company over the non-payment of arrears of pensions, allowances, salaries and promotion.

In addition, the statement also explained that the Minister of Power, Aliyu Abubakar, and the Minister of State for Power, Jedy Agba, had earlier intervened through dialogue with the Ministry of Labour, Bureau of Public Enterprises (BPE), and the Nigerian Union of Electricity Employees (NUEE) to resolve and call off the 14 hours strike.

The strike by the workers on Monday had left the affected areas in total blackout between 7 am and 8 pm as a result of the strike.

“The presidential directive, as conveyed, has also directed the BPE to set up a new management team for the AEDC,”

Furthermore, the release noted that a memorandum of understanding (MoU) had earlier been jointly signed by Jedy-Agba; the Chairman, Nigerian Electricity Regulatory Commission (NERC), Sanusi Garba; the Director-General, BPE, Alex Okoh, as well as Joe Ajaero on behalf of the union, for the suspension of the strike.

“And they have been given 21 days within which the outstanding emoluments and entitlements of staff will be paid,” the statement noted.

The press release noted that the government “has described the non-performance and incompetence of the AEDC as a national embarrassment,” adding that the suspension of the management team will subsist until further notice”.

“At the end of the expansive consultation between the leadership of NUEE and relevant government institutions in the power sector over the industrial action government intervened with the firm arrangement to ensure the payment of the outstanding entitlements of AEDC staff within 21 days counting from the date of the signing of the MoU.

Based on the foregoing, the industrial action is hereby suspended,” a statement conveying the suspension of the strike had noted.

The strike happened despite a federal government statement pleading with the union not to embark on strike and subtle threats for them to follow due process in embarking on the industrial action.

Judy-Agba urged members of the labour union to follow due process in airing their grievances, stressing that going contrary to established rules will run against extant laws which may have unintended consequences.

The minister urged the union members to be “cautious and responsible to avoid endangering the fragile state of our electricity infrastructure which the present government is working hard to strengthen”.

The tussle relating to the board of KANN Utility Company Limited, owners of AEDC, had raged for years as the shareholders had continued to differ on decisions and appointments to the board and the management.

The matter got to a head last year when some investors in the AEDC purportedly announced changes to the governing board of the Disco.

At the time CEC Africa Limited (CECA), one of the parties in the matter, said the board of KANN Utility Company Limited had announced the withdrawal of their nominations to the board of AEDC and their replacement with new nominees.

“The board of AEDC has since resolved to accept both the withdrawals and the new appointments,” it said.

But the chairman of the dissolved board of AEDC and KANN, Shehu Malami, in a reaction, said the alleged change in the management of the Disco was false.

”For the records, the board of AEDC is the only authorised body that can appoint or remove its directors, and has made no such decision in recent time,” he said.