President Of European Parliament Dies At 65 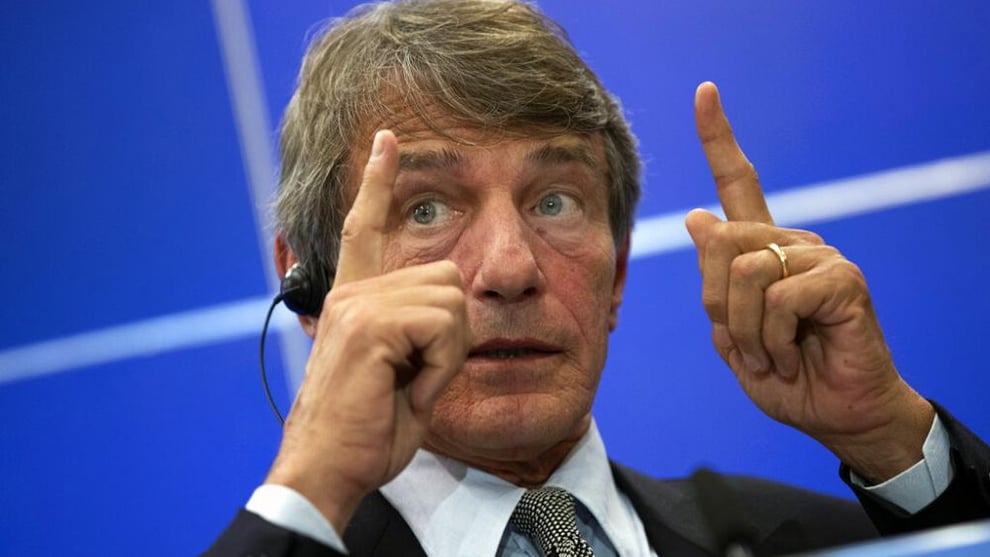 President of the European Parliament (EU), David Sassoli has died at the age of 65.

Sassoli died early Tuesday morning in a hospital in the Italian municipality of Aviano, his spokesman Roberto Cuillo confirmed to DPA.

On Monday, the EU parliament confirmed he had been admitted to a hospital in Italy on December 26, as a result of a serious complication due to a dysfunction of the immune system.

In September 2021, during a plenary session of the parliament, the 65-year-old came down with a bad case of pneumonia.

Sassoli had been president of the 705-seat EU parliament since 2019.

Tributes soon poured in for Sassoli, an Italian social democrat.

“What a big shock and a big loss. I am deeply saddened.

”He left us too early. My condolences to his family! Dear David, Rest In Peace,” tweeted German MEP Ismail Ertug.

A former journalist, Sassoli was first elected at the European Parliament in 2009.

He won another term in 2014 and served as the Parliament’s vice-president.