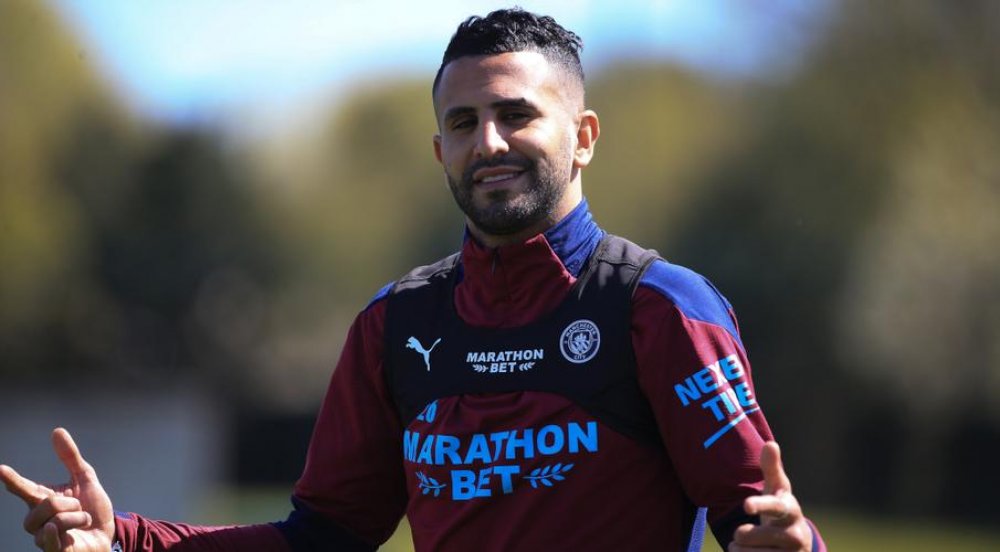 Manchester City Champions League hero, Riyad Mahrez said the pressure will be on Chelsea when the sides meet in a high-stakes Premier League encounter at the Etihad Stadium on Saturday.

City will be crowned champions for the fifth time in 10 years with three games to spare if they beat fourth-placed Chelsea, who are threatened by West Ham United, Tottenham Hotspur and Liverpool.

They will also wrap up the title on Sunday if Manchester United lose at Aston Villa.

"We want to win to become champions but they also want to win because they want to finish fourth," Algeria forward Mahrez, who scored three of his team's four goals in a 4-1 aggregate victory against Paris St Germain in the Champions League semifinals, told L'Equipe on Friday.

"The pressure will be more on them."

City will then turn their sights towards the 29 May Champions League final, where they will meet Chelsea again, with Mahrez facing his former Leicester teammate N'Golo Kante.

Both players were still in the lower divisions in France in their early 20s, with Kante playing in the third division in the 2012-13 season and Mahrez playing in Ligue 2 from 2011-14.

"I've always had a lot of ambitions, I've always thought I would be able to score in the quarter and semifinals of the Champions League," said Mahrez.

"It's true that there are players like (Kylian) Mbappe who manage to do that when they're 17. But some of the players of my generation who were playing in Ligue 1 at 20 have since ended their career.

"That's when your career ends that you can assess it."