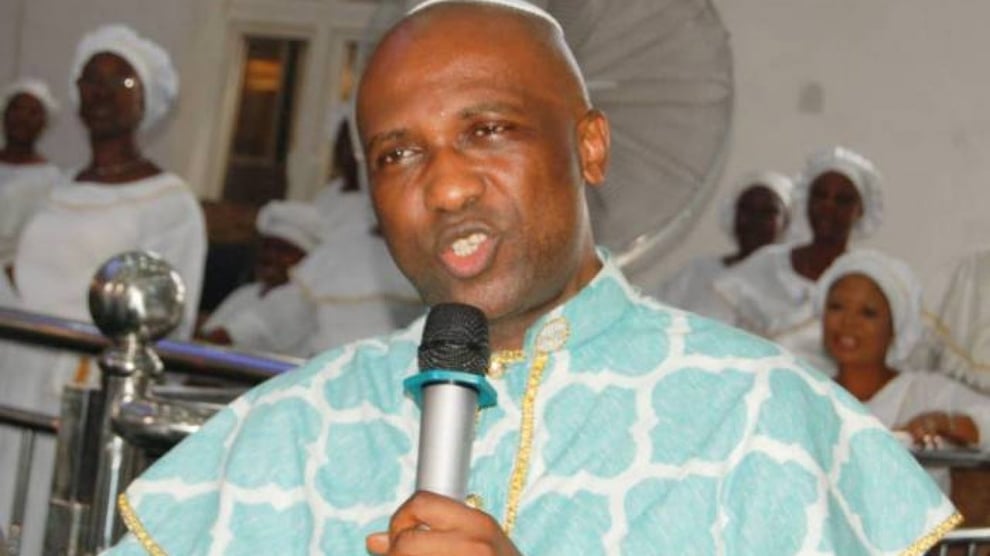 Primate Elijah Ayodele, Leader Of INRI Evangelical Spiritual Church, has distanced himself from a report  that he verbally attacked Rev Fr. Mbaka and Prophet Odumeje on their prophecies concerning the recently concluded Anambra governorship election.

In a statement on Sunday, Ayodele said he never said such and did not grant an interview where he chided other prophets for their prophecies on the Anambra election.

This is coming after some national publications had shared the reports with the headline ‘Primate Ayodele Chides Mbaka, Odumeje Over Failed Predictions On Anambra Election’.

Ayodele made it known that he will always stand by his word and is never intimidated by anyone, but there is a need for him to disassociate himself from any untrue statement credited to him.

The cleric noted that whatever any Prophet says is none of his business, therefore, has no hand in bringing anyone down, warning media practitioners to desist from the act of causing a crisis between prophets in the country.

“There is a publication making rounds that I verbally attacked Rev Fr Mbaka and Prophet Odumeje for a failed prediction on Anambra Election.

“I want to state it here that I never issued such a statement nor did I grant such an interview to whoever published the story. It is not my style to glorify my prophecies against others, all glory belongs to God.

“I have no business with any other Prophets on their Prophecies, God talks to everyone differently. I urge the public to ignore and thrash any statement that says I verbally attacked some prophets for their prophecies, It never came from me.

“I also want to advise media practitioners to desist from publications that cause unnecessarily rivalry and crisis between men of God.”