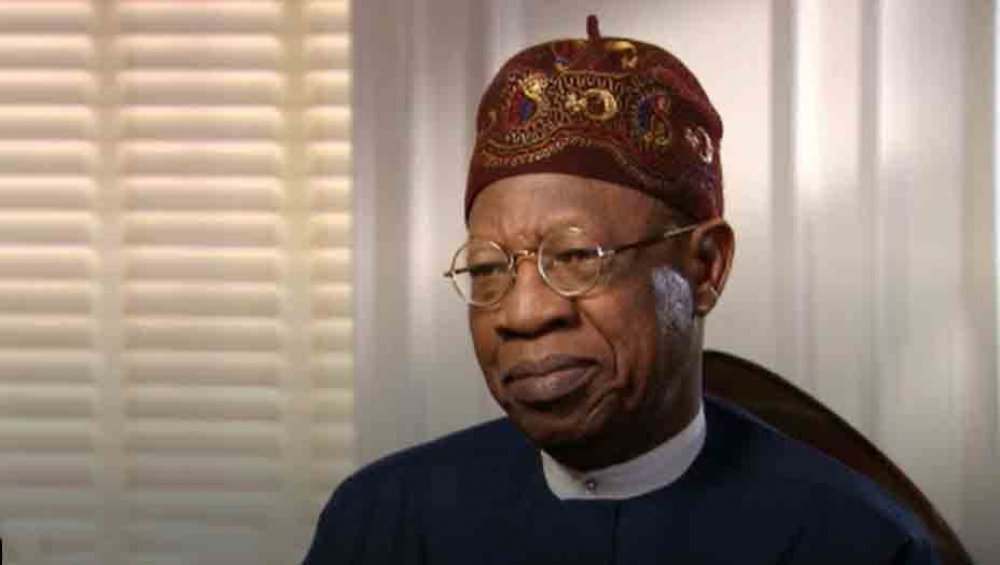 The outlawed Indigenous People of Biafra (IPOB) has rebuked the Minister of Information and Culture, Lai Mohammed for reportedly throwing his weight behind Nigerian states that offered amnesty to bandits.

Mohammed was quoted to have said that “if granting amnesty to a warlord will lead to the surrendering of many others, I will take that decision”.

IPOB in a recent statement issued by the Media and Publicity Secretary, Emma Powerful said the minister should not be advocating amnesty for murderous bandits.

Describing Lai Mohammed's statement as the height of hypocrisy, the controversial group said such a statement had further confirmed Nnamdi Kanu’s position that Nigeria remained a terrorist-sponsoring nation.

The statement partly read, The Indigenous People of Biafra (IPOB) ably led by our great leader, Mazi Nnamdi Kanu, has noted with great amusement, a statement credited to Minister of Information, Lai Mohammed, that he supports amnesty for bandits.

“Lai Mohammed should not be advocating amnesty for murderous bandits but justifying proscription for peaceful agitators.

“Lai Mohammed justified Nigeria’s black market proscription of a peaceful movement like IPOB instead of bandits and other terrorist groups rampaging the North and ravaging the South.

“This latest statement by no less a person than the Information Minister has confirmed our Leader’s position that Nigeria is a terrorist-sponsoring nation.

“Nigeria is in bed with terrorists but up in arms against innocent citizens agitating for freedom. IPOB never declared any war against Nigeria or her citizens yet it was unilaterally proscribed and bannished by Government.

“But bandits have been on killing spree of innocent Indigenous citizens of Nigeria yet the same Government is seeking amnesty for the blood suckers. What a disgraceful irony!

“Victims of Fulani bandits, herdsmen and terrorists have always borne the brunt alone without any succour from Government. Instead of seeking ways to bring these criminals to book, Lai Mohammed and his fellow terrorist sponsors are busy looking for ways to compensate their foot soldiers.

“Lai Mohammed has simply confirmed to the whole world that Nigeria government and her partners in crime are the key sponsors of the numerous killer squads and terrorists terrorizing the country. The whole world must take note of this man who has consistently defended terrorists in Nigeria.”