Prophet Isaiah Wealth Disagrees With Nnamdi Kanu, Others On Nigeria 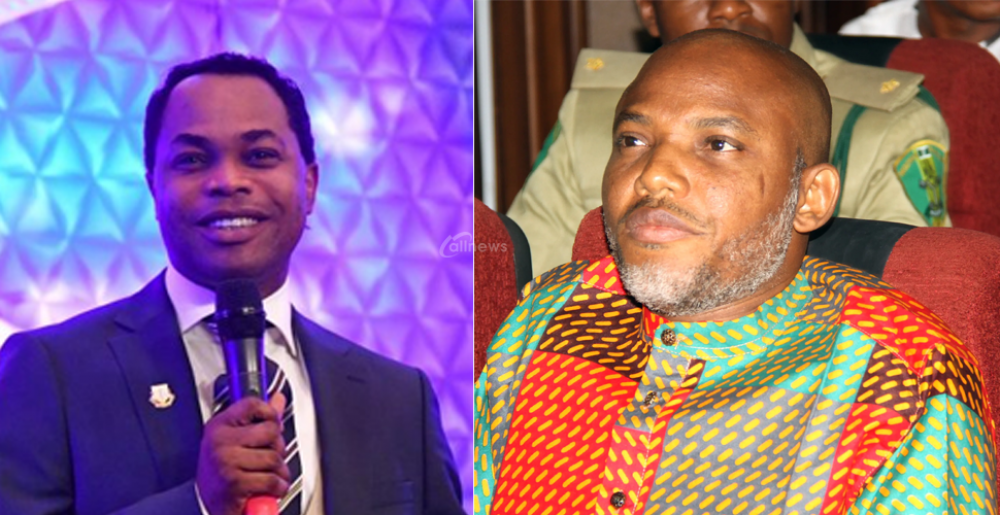 Senior Pastor of the Gospel Pillars International Churches, Dr. Isaiah Wealth has indirectly disagreed with the leader of the outlawed Indigenous Peoples of Biafra (IPOB), Nnamdi Kanu on Nigeria separating.

AllNews understands that several secessionist movements are gaining traction in Nigeria at present. Firstly, recent years have witnessed a revival in pro-Biafra sentiment.

This has largely been triggered by Nnamdi Kanu, a British-Nigerian who heads IPOB, a group seeking to split from Nigeria over years of marginalization, oppression, and rights violations.

How IPOB's Nnamdi Kanu Has Been Agitating For Secession Of Nigeria

After Nnamdi Kanu's controversial release in 2017, groups of IPOB supporters gathered in protest around Nigeria and the movement has gained momentum.

Although there has been a considerable popular feeling of exclusion and perceived sense of injustice among various units of the Nigerian federation a situation that has led to alienation, suspicion, and apprehension among various groups in the country. Over time, different groups have pursued separatist ambitions in Nigeria.

Biafra “represents a complete fracture between the Igbo elite and their masses” due to the inability of the former (MASSOB) to capture the Nigerian presidency, and suggests that the fact of the matter is that the Igbo elite has a strong empirical basis to read Nigerian political history as one of failure and frustration for them.

With this failure of the elite, the Igbo have seized the initiative of following the path of disintegration.

READ ALSO: We Are Closer To Destruction Than Ever Before - Prophet Isaiah Wealth

IPOB became more aggressive in their campaign to separate Nigeria months after the Muhammadu Buhari led-administration was inaugurated.

Unlike MASSOB, IPOB is more controversial.

For example, Kanu was seen on video footage seeking arms at the World Igbo Congress in the United States.

He claimed that the only language the Nigerian government understands is war and that he was going to regroup and surprise Nigerians.

While Kanu was in prison, an Amnesty International report accused Nigerian forces of killing over 150 pro-Biafra activists.

After his release, Kanu continued his verbal war against the government, and his group was accused of harassment in some south-east states.

He has since been on self-exile.

However, Prophet Isaiah Wealth in a prophetic video released on Wednesday 18th, November 2020, stated that the devil is trying to destroy what God has prophecied and declared about Nigeria.

He warned that it is our duty (Nigerians) to stop it, not God's duty.

The cleric also for peace, urging the Nigerian government, Nigerians, groups to do away with inciting division, killings in the country.

He said: "We all need to stand together to bring our nation into the place that God wants it to be rather than letting the devil take advantage of our own mistakes to bring destruction to this country."