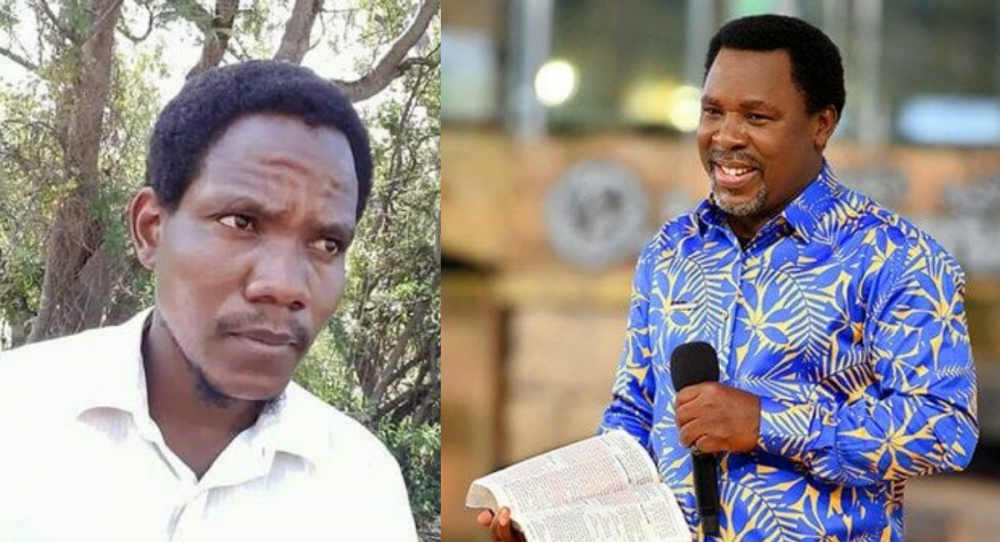 A South African Prophet, Moses Mankwe has revealed that TB Joshua’s soul is currently been tormented.

Recall that TB Joshua, founder of the Synagogue Church of All Nations (SCOAN), a church-based in Lagos is dead. He died in Lagos, Nigeria’s commercial city, on Saturday evening, June 5, 2021, shortly after finishing a programme in the church.

She revealed that her husband spent about three hours in prayers before the last service on the mountain and was looking very healthy. She said he never showed any sign of illness or worry and that his main concern was about the prayer line they offered to Indians against the COVID-19 pandemic.

“Afterward, he came up to shower and I left him to have some time to prepare for service as worship had started.

“A few minutes later, he stepped out for ministration. While ministering, he spoke about a time to come and a time to leave. His statements were spiritual and suddenly, he left the stage and went to his inner chambers.

“I waited a few minutes and thereafter decided to check on him. I met him sitting on the chair like someone reflecting but unconscious. I quickly beckoned on his disciples who came and tried to revive him to no avail.

“Of a truth, he went home to be with the Lord and left us with a message, watch and pray,” she said.

The South African Prophet who had before TB Joshua’s death, said that he saw a vision that Prophet TB Joshua was lying on the ground with his stomach and was surrounded by shells and things for Sangoma (a traditional healer or diviner in South Africa), made this comment in a post on social media network, Facebook.

Taking to Facebook, the South African Prophet alleged that the soul of late Prophet TB Joshua didn’t enter the kingdom of Heaven.

“Pray for TB Joshua, he is tormented, his soul didn’t enter the kingdom of Heaven,” the South African Prophet said about late TB Joshua.