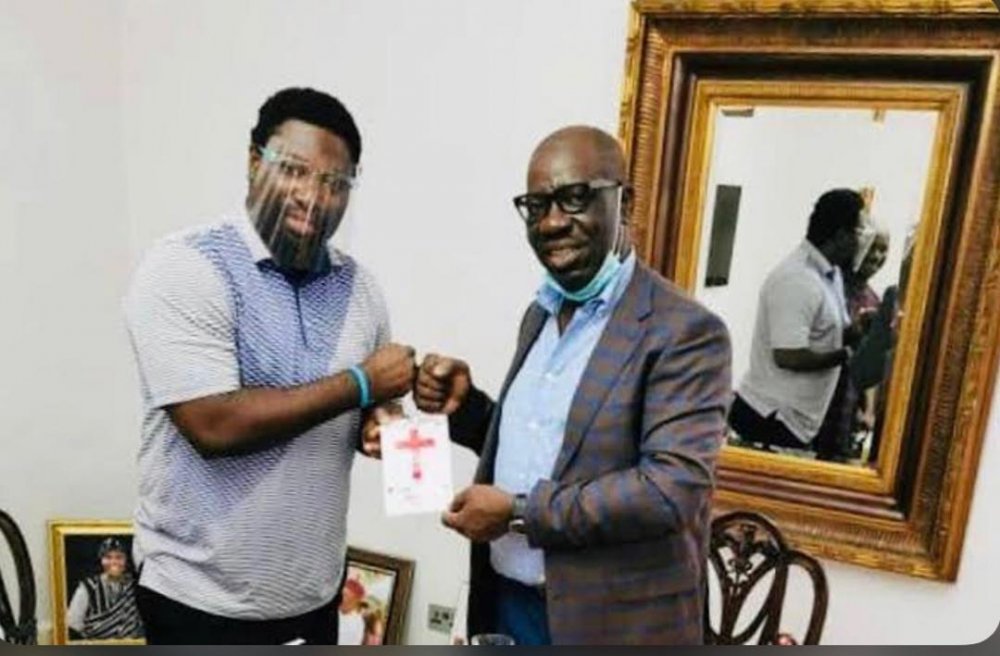 Lead Pastor of Shiloh World Chapel, Prophet I.O Samuel, has stolen a slot of the twitter trend after correctly predicting the candidate that emerged winner of the Edo State governorship election.

Samuel who in July predicted that Godwin Obaseki of the Peoples Democratic Party (PDP) will win his re-election bid against all odds got recognized on twitter as Nigerians tagged him a great man of God.

The Abuja-based prophet is known for his accurate prophecy.

He was said to be the only Nigerian prophet to reveal to Nigerians in his New Year prophecy about the deadly COVID-19 virus and the wearing of face mask.

"I knew Oshiomole wasn't going to get what he wants after Prophet Samuel of Shiloh Word Chapel in APO made a prophecy of Godwin Obaseki winning the election back in July," @adetayo____ tweeted.

"My people kindly meet prophet @prophetIOSamuel  he was among those who supported Governor Obaseki in prayers #ProphetSamxObaseki,"  @iam_ayobamie tweeted.

"Not too many Prophets in Nigeria say things and it comes to pass that is why Prophet Samuel of Shiloh Word Chapel is to be trusted. #ProphetSamxObaseki,"  @extrovarsity tweeted

Prophet Samuel told Nigerians in the new year eve that Covid19 and wearing of face mask will be a thing - it is a thing now #ProphetSamxObaseki @ProphetIOSamuel pic.twitter.com/ANIsYAyoKi

We're so lucky having a Man of God as @prophetIOSamuel in this country to be honest. Prophet whey no dey too make noise.#ProphetSamxObaseki pic.twitter.com/14nFw7Iz1c

Shiloh Word Chapel members especially those in Abuja really have a prophet that prophesy and it happens? This Obaseki on shock me cause we thought Oshiomhole had it in control.#ProphetSamxObaseki @ProphetIOSamuel pic.twitter.com/7eJIoYNhrO