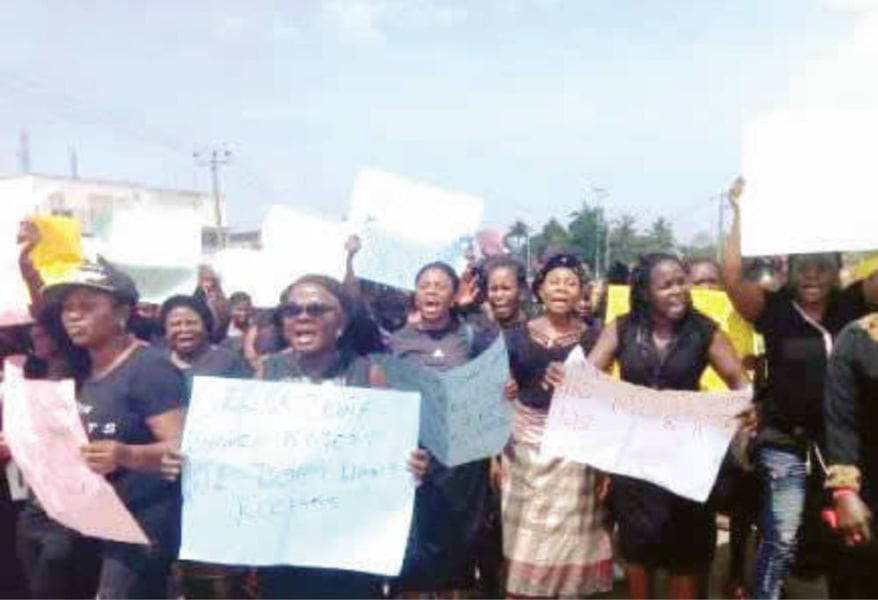 Hundreds of women and youths of Oguta Local Government Area of Imo State on Monday staged a protest in their communities against the Ebubeagu security outfit.

They demanded that the security outfit be banned from operating in Oguta after they allegedly killed a youth who was identified as Kelechi Ogbonna on Sunday.

They said they were protesting because they wanted justice for the victim.

They demanded that the government-backed security outfit should leave the area before they wipe out their youths.

One of the protesters while speaking at Oguta Police Station said: “Please, what we are begging you, the police, is to tell the Ebubeagu security outfit to leave our community before they kill all our youths.

“We are now living in fear. We are killed every day. Our young people are dying. The Ebubeagu people are killing and shooting our youths.

"We want to be alive. We don’t want to die in the hands of these Ebubeagu people.

“Come and save us. Tell them to leave our community so that there will be peace in the land. Ebubeagu should go before they make us childless.”

Protests targeted at the state-backed Ebubeagu security outfit have continued to rock communities in Imo State.

The outfit has been accused of engaging in the extra-judicial killing of youths in the state.