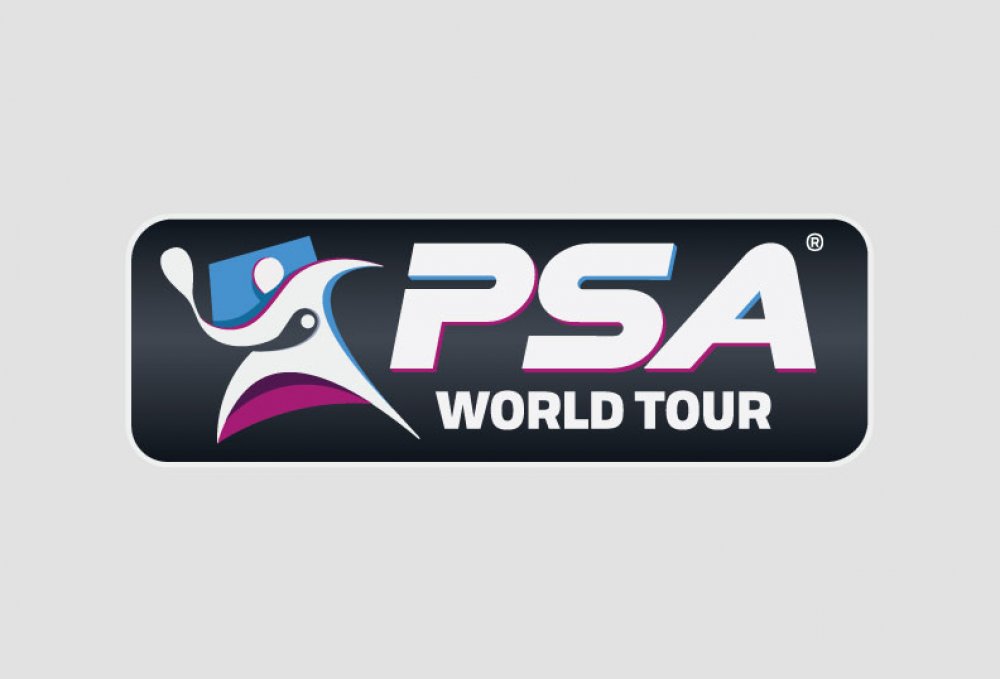 Gabriel Olufunmilayo has enjoyed an incredible leap according to the latest global rankings for September 2021 released last Wednesday by the world’s squash governing body, the Professional Squash Association (PSA). 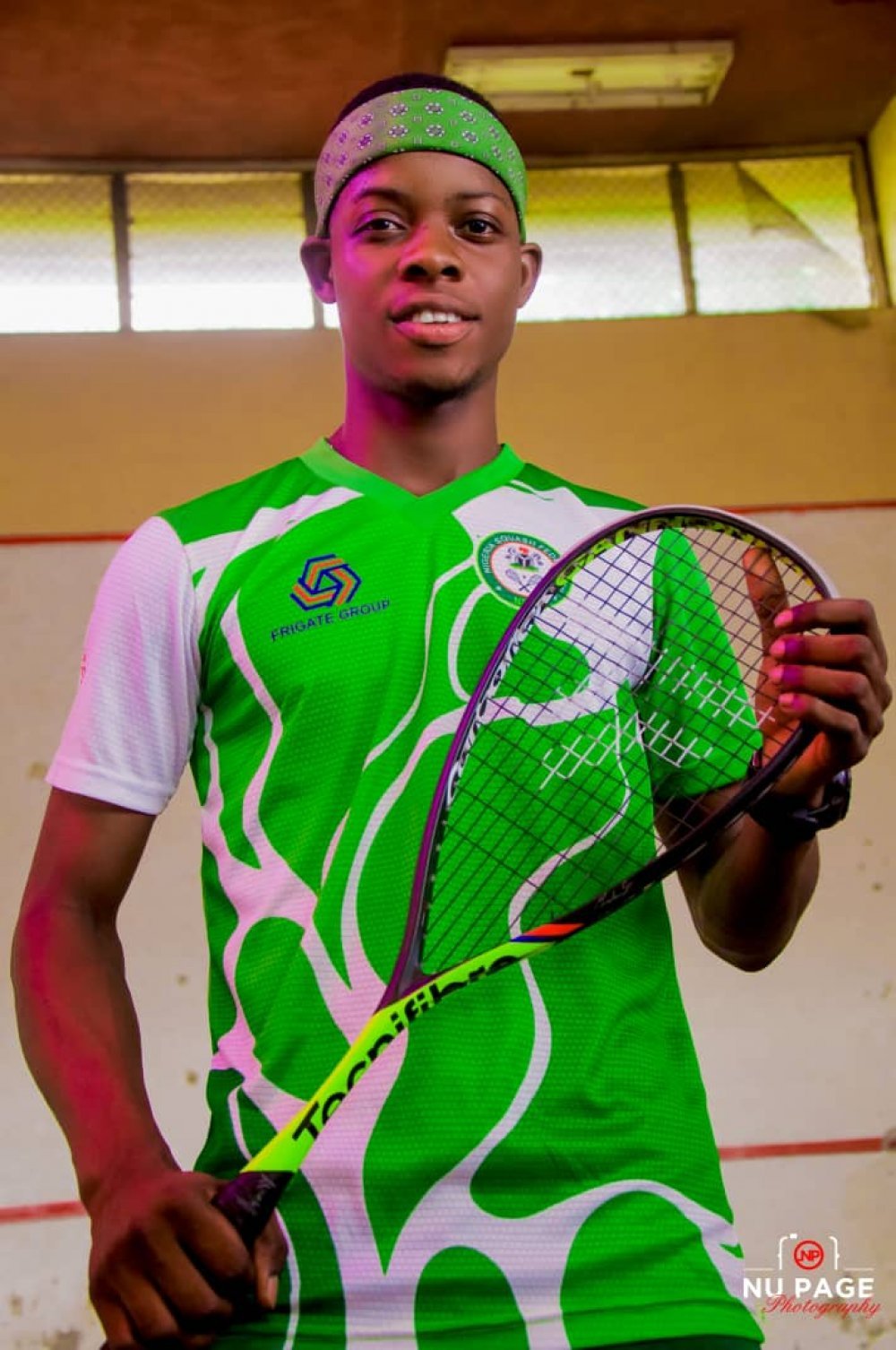 Local star, Adegoke Onaopemipo dropped massively 444 places to No.743 while arch-rival, Gabriel, 21, shot up greatly to No.323. For Abdulrahaman Yusuf, the 27-year-old stays at No.476.

In the women’s category, siblings Yemisi Olatunji and Busayo Olatunji remain at No.153 and No.217 respectively. Recall Yemisi was the biggest mover on the PSA Women's Rankings throughout the world for August 2021.

Egypt’s Ali Farag will start the 2021-22 season as the men’s World No.1 after he overtook compatriot Mohamed ElShorbagy to claim top spot following the release of the men’s PSA World Rankings on September 1.

Farag saw his nine-month reign at World No.1 come to an end last month when ElShorbagy retook the World No.1 spot, but ElShorbagy’s semi-final exit at the Allam British Open – combined with Farag’s run to the final in Hull – has seen the ranking change hands once again, with Farag set to enjoy a 21st month atop the rankings.

British Open champion Paul Coll has followed his first major title win with a rise into the top three for the first time in his career – meaning he is the highest ranked male Kiwi since Ross Norman, who reached No.2 in March, 1987. Coll beat Farag in August’s British Open men’s final to become the first male Kiwi to lift the prestigious trophy.

Coll’s rise to No.3 sees Tarek Momen drop to No.4, while Marwan ElShorbagy completes the top five. The rest of the top 10 is unchanged, with Karim Abdel Gawad (No.6), Fares Dessouky (No.7), Diego Elias (No.8), Mostafa Asal (No.9) and Joel Makin (No.10) all holding onto their positions.

Colombia’s Miguel Rodriguez stays at No.11 ahead of Frenchman Gregoire Marche in No.12, who rises one place to a career-high ranking. India’s Saurav Ghosal moves up two spots to No.13 ahead of Mazen Hesham in No.14 and Zahed Salem in No.15.

Mohamed Abouelghar falls four places to No.16, while Youssef Ibrahim moves up to a career-high No.17 ranking. Malaysia’s Eain Yow Ng has also achieved his career-high ranking to date after a four-place rise to No.18 made him the first Malaysian man since Ong Beng Hee in January 2013 to rank inside the top 20.

Omar Mosaad drops two places to No.19, while his fellow Egyptian Youssef Soliman breaks into the top 20 for the first time after a 10-place increase.

India’s Kanhav Nanavati is the biggest mover on the men’s tour, rising 212 places to No.483 after reaching the quarter-finals of the HCL SRFI Indian Tour – Chennai 3. Egypt’s Mohamed Sharaf, meanwhile, has risen 208 spots to No.487. 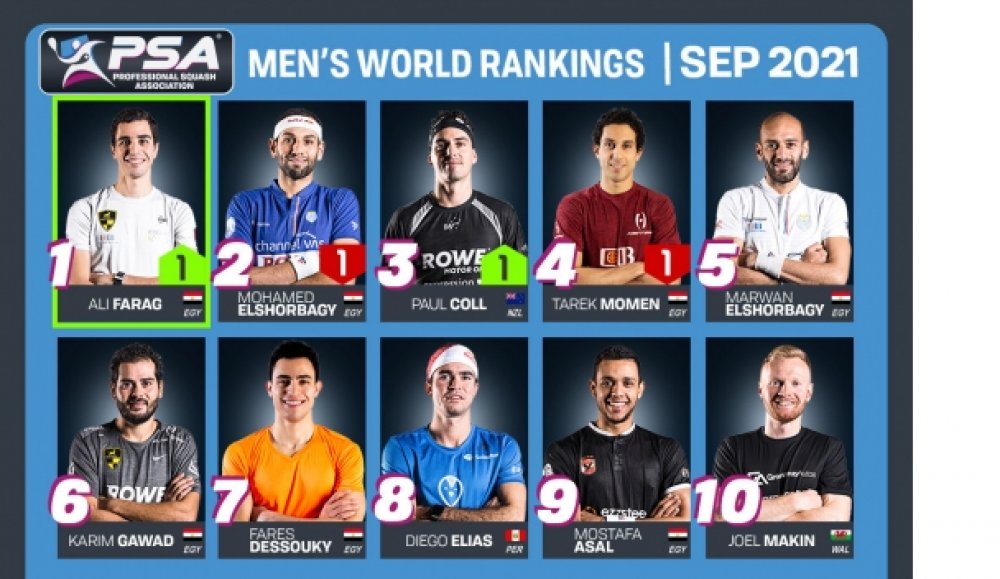 Egypt’s Rowan Elaraby has broken into the top 10 of the PSA Women’s World Rankings for the first time.

The 21-year-old from Alexandria reached the quarter-finals of the Allam British Open in August and has been rewarded with a two-place rise to a career-high No.10 ranking.

El Sherbini enjoyed a remarkable 2020-21 campaign that saw the 25-year-old win four out of five tournaments – including the World Championship and British Open, where she beat World No.2 Nouran Gohar in both finals – and the Egyptian will begin the 2021-22 season top of the pile.

Nour El Tayeb and Camille Serme begin the new season ranked No.3 and No.4, respectively, while Hania El Hammamy rises two places to No.5. As a result, Amanda Sobhy and Sarah-Jane Perry drop to No.6 and No.7, respectively, while Joelle King stays at No.8 and Salma Hany remains at No.9.

Yathreb Adel drops a spot to No.16, with Canada’s Hollie Naughton moving to a career-high No.17 ranking. USA’s Sabrina Sobhy rises four places to reach a career-high No.18 ranking, which she shares with England’s Alison Waters.

The biggest mover on the women’s tour is 18-year-old Englishwoman Katie Malliff, who moves up 213 places to No.163 following her appearances at both the British Open and the TWC Squash Squared Open in August. India’s Akshaya Sri is the second biggest mover after she rose 135 spots to No.241 following a semi-final finish at the HCL SRFI Indian Tour – Chennai 3. 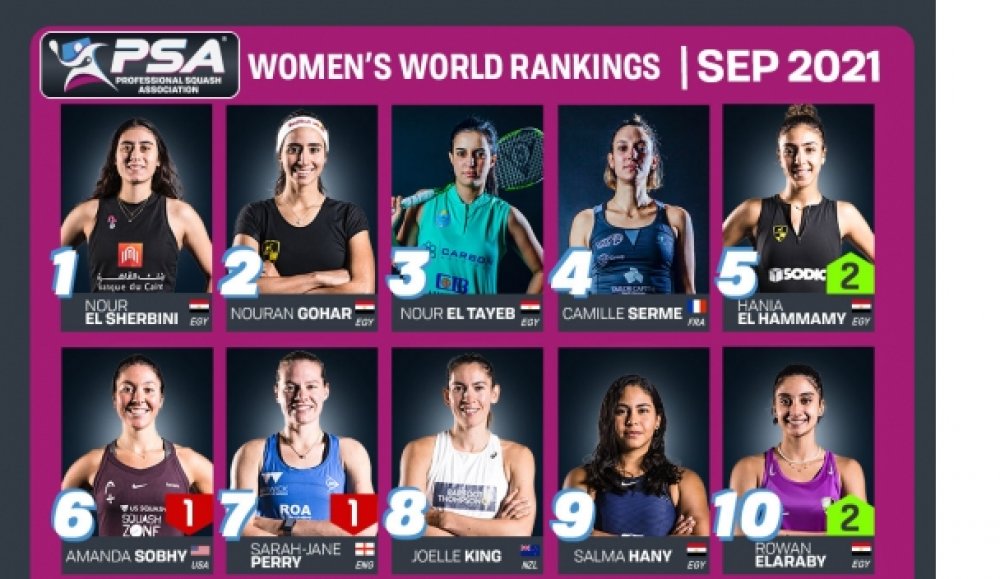