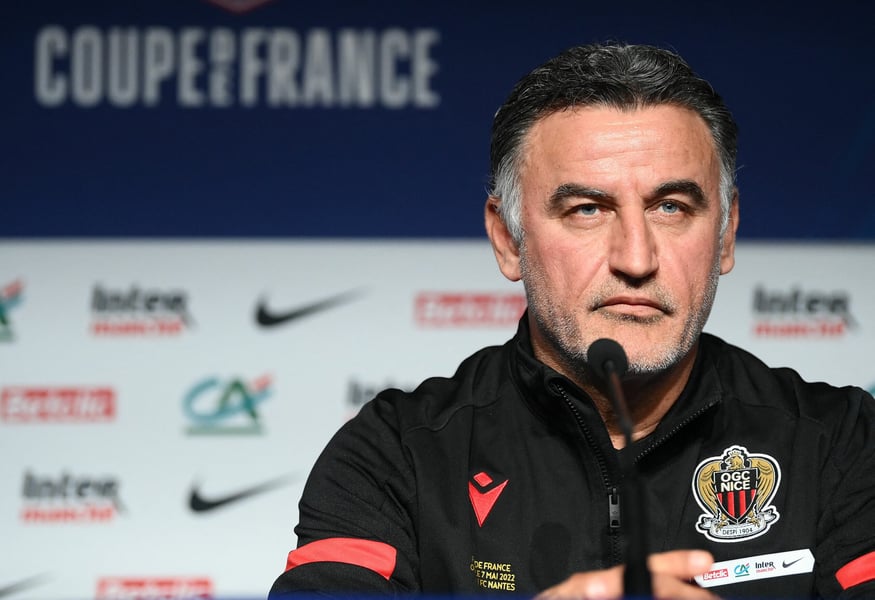 Paris Saint-Germain are now set to replace legend Mauricio Pochettino with Nice manager Christophe Galtier as the coach for the 2022-23 season.

Reports suggest that several individuals in the club's hierarchy are not pleased with his performance.

Pochettino left Tottenham Hotspur after a brilliant season that took the English side to the Champions League final. After PSG parted ways with now-Chelsea coach Thomas Tuchel, they reached out to the Argentine tactician.

His return to PSG was tagged a "Christmas gift" by Pochettino but a shocking defeat to Real Madrid in the quarterfinal of the UEFA Champions League turned his time in Paris into a nightmare.

With more firing power with the arrival of 7-time Ballon d'Or winner Lionel Messi, PSG were expected to go another mile if not win the European elite title but none of that happened with the French giants walking away with the Ligue 1 trophy only at the end of the season.

He is expected to leave Paris before the start of the pre-season in July with the signing of a new manager drawing close.

Galtier is a rather good pick given that he ended PSG's dominance in the French Ligue 1 when he guided Lille to the title in the 2020-21 season.

His departure affected Lille's title defence as they only managed to finished 10th last season but made Nice effective as they finished 5th compared to their 9th finish during the 2020-21 season.

Nice president Jean-Pierre Rivère confirmed the speculation when he said, "We already know the future destination of Galtier. There are some small details to be sorted out but it’s a great opportunity for him”.

According to transfer expert, Fabrizio Romano, it is just a matter of time.

Christophe Galtier to PSG, imminent as OGG Nice president Riviére just confirmed: “We already know the future destination of Galtier. There are some small details to be sorted out but it’s a great opportunity for him”. ? #PSG @CanalSupporters

…and Paris Saint-Germain on it.

Nice already reappointed Lucien Favre as their manager which means very soon, PSG would announce Galtier as their coach.