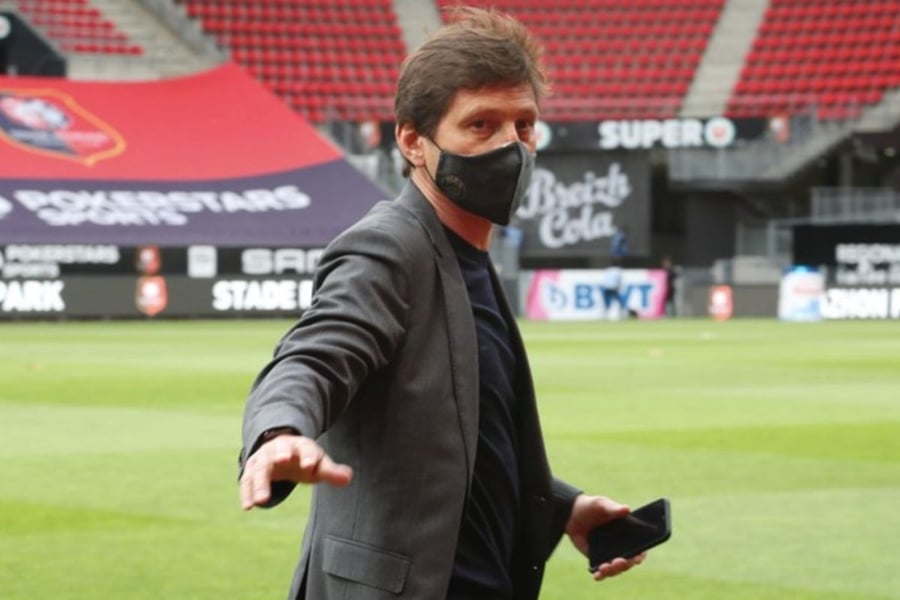 Paris Saint-Germain's sporting director Leonardo admitted that mistakes were made in recruitment, management that might have frustrated the fans not to celebrate the club's winning a record-equalling 10th French top-flight league title on Saturday.

Rather than the usual hollering and cheering that marks such occasions, on Saturday PSG fans swiftly filed out of the Parc des Princes barely 10 minutes after their club had secured the Ligue 1 trophy following a 1-1 draw with RC Lens.

For the fans, the league title was no consolation for yet another Champions League failure.

Mauricio Pochettino's side were knocked out in the last 16 by Real Madrid after squandering a 2-0 aggregate lead.

"I made mistakes, I have done things - on recruitment, management - that might have had an impact on our results," Leonardo told Canal Plus.

Along with St Etienne, PSG now share the record of winning the most top-flight French league titles.

But despite the wealth of talent in a squad spearheaded by Kylian Mbappe, Lionel Messi and Neymar, PSG will have to make do with just the Ligue 1 trophy this year as they were also knocked out of the French Cup early.

"Everyone has an impact on the season, we have to take responsibility," said Leonardo, who added that "decisions (would) be made" during the off-season, without elaborating.

"The expectations were high and the disappointment is equally high," the Brazilian said when asked about the fans' attitude.

Midfielder Marco Verratti appeared to be upset by the indifference shown by the fans who turned up on Saturday.

"We give everything we have. At some point, you have to move on," the Italian said.

"Last year we didn't win the title, it hurt us a lot so we have to enjoy it as much as possible when we win. It's a shame for the atmosphere, but football is our passion, we started very young," said captain Marquinhos.

"It's a pity that it's not with the fans but we have to deal with it. There are always good and bad sides. We won the title, we have to continue the good things, the work done during the season, even if we weren't very good in Europe."

Pochettino, who has done little to improve PSG's fortunes since taking over 16 months ago, hopes that the fans will start to appreciate the wins rather than dwelling on the losses endlessly.

"We are going through a difficult period with the fans and we hope it will get better. We're in a democracy and we accept all protests," he told a news conference.

"But we have to show respect for this title."

Leonardo added: "Being a football club is about creating some energy between the team and the supporters.

"So we have to have a deep understanding of what happened this season and make decisions."