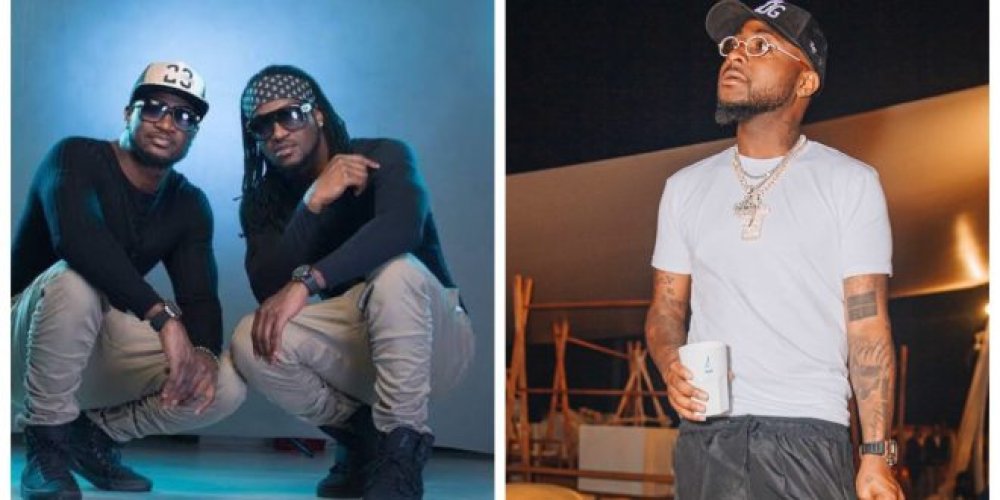 With indications that the rifts between Peter and Paul Okoye, the members of defunct Psquare music group may not be ending soon, Davido has blasted the attendees of their separate birthday parties.

AllNews earlier reported that the twin brothers who have been at loggerheads for years, celebrated their 39th birthday on November 18, with each celebrating their birthdays differently.

Some celebrities were also present at the parties.

However, expressing his displeasure at the turn up of people during their birthday celebrations, Davido said it hurts to see things happened in such manner.

Taking to his Twitter page, the father of three wrote "Y’all niggas that wen to Peter and Paul’s bday separately y’all pussy as fuck!! Them niggas is TWINS !! Not my business but Shit hurts I’m angry Walai."

Y’all niggas that wen to Peter and Paul’s bday separately y’all pussy as fuck!! Them niggas is TWINS !! Not my business but Shit hurts I’m angry Walai

In another news, Paul dragged Lola Omotayo, the wife of his twin brother who wished them both a happy birthday on Instagram.

AllNews earlier reported that Omotayo, while celebrating the twin brothers, maintained that life is short, just as she advised them to make the best use of it.

Paul took to his Instastory to say that he last spoke with her four years ago, even though she keeps wishing him a happy birthday.

He wrote "At the age of almost 50 you still think you can still be manipulative and always trying to be in control as usual. well am not there anymore ,Jude also is not there anymore... which was exactly how you wanted it. Aunty for 4years we haven't spoken, but every 18th of November you come out as usual to type shit.... and they end up saying 'awwww she's a good woman' meanwhile they don't know the evil things you do behind close doors... while in the outside you try to portray an angel...."

‘Who Made You A Finance God?’ – Toke Makinwa Rescues L...