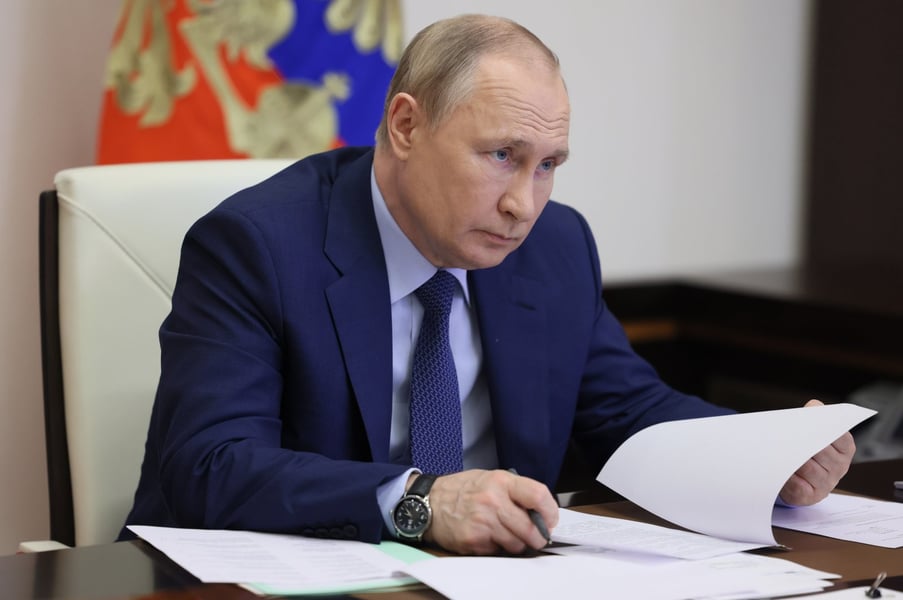 Vladimir Putin has arrived in Tehran where he will hold talks on lifting the Ukrainian grain blockade, the future of Syria and the reviving of the Iran nuclear deal.

The Guardian on Tuesday added the Russian president is expected to discuss the Black Sea blockade as well as Syria and the Iran nuclear deal.

The three leaders are expected to meet bilaterally as well as together in the context of the Astana Process, a dialogue set up by the countries to resolve their differences.

The Guardian claimed Erdoğan will be seeking a signal from Putin that he is willing to lift the Russian naval blockade preventing Ukrainian grain from leaving Black Sea ports.

Turkey is proposing that Russia allows the Ukrainian grain ships to leave Odesa on designated routes so long as checks are made that the vessels are not carrying arms.

Russia’s invasion of Ukraine has sent prices for grain soaring across the world. This is also as dozens of ships have been stranded and 22m tonnes of grain are stuck at Ukrainian ports.