Putin Thanks Erdoğan For Mediating Grain Exports From Ukraine 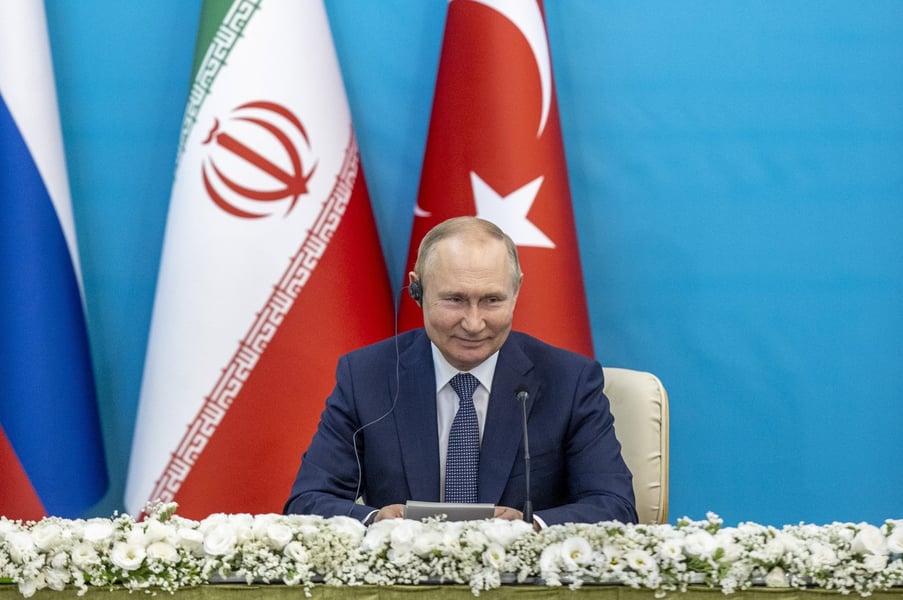 Putin said; "With your mediation, we have moved forward.

"All issues about Ukrainian grain exports out of Black Sea ports have not yet been resolved, but having progress is already a good sign."

Turkey has been coordinating with Russia and Ukraine to agree to a plan that would restart grain exports from Ukrainian ports.

Turkey said last Thursday that there was a consensus regarding establishing an operations center in Istanbul that will monitor the implementation of a potential sea corridor in the Black Sea to export grain from Ukraine.

Ukraine grain shipments from its Black Sea ports have stalled since Russia invaded, with some 20 million tons of grain stucked.

Both Russia and Ukraine account for nearly a third of global wheat supplies, while Russia also exports fertilizer and Ukraine corn and sunflower oil.