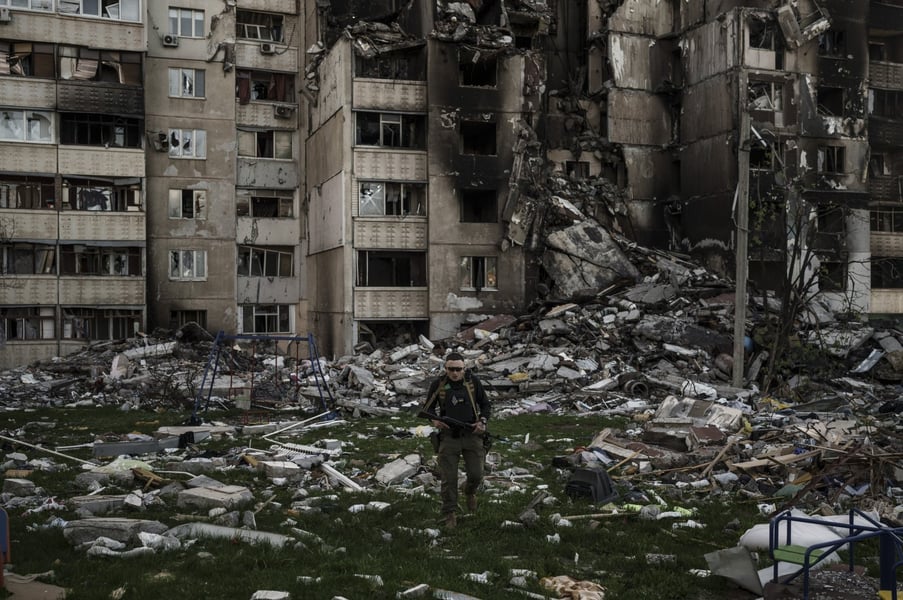 Russian President, Vladimir Putin has warned that any Western country trying to intervene in the Ukraine war will face retaliation as Russia stepped up its assaults on Ukraine.

On Thursday, the Daily Sabah reports Putin telling lawmakers in St. Petersburg that, "If someone intends to intervene in the ongoing events from the outside and create strategic threats for Russia that are unacceptable to us, they should know that our retaliatory strikes will be lightning-fast."

"We have all the tools for this, things no one else can boast of having now. And we will not boast, we will use them if necessary. And I want everyone to know that."

Western countries have ramped up weapons deliveries to Ukraine in recent days as the fighting in the east intensifies.

More than 40 countries met this week at a U.S. airbase in Germany and pledged to send heavy arms such as artillery for what is expected to be a vast battle of opposing armies along a heavily fortified front line.

Russia has denied targeting civilians since the February 24 invasion of Ukraine. It has called allegations that Russian forces executed  civilians a "monstrous forgery" aimed at denigrating the Russian army.

The bodies of 1,150 civilians have been recovered in Ukraine's Kyiv region since Russia's invasion and 50%-70% of them have bullet wounds from small arms, Kyiv police said on Thursday.