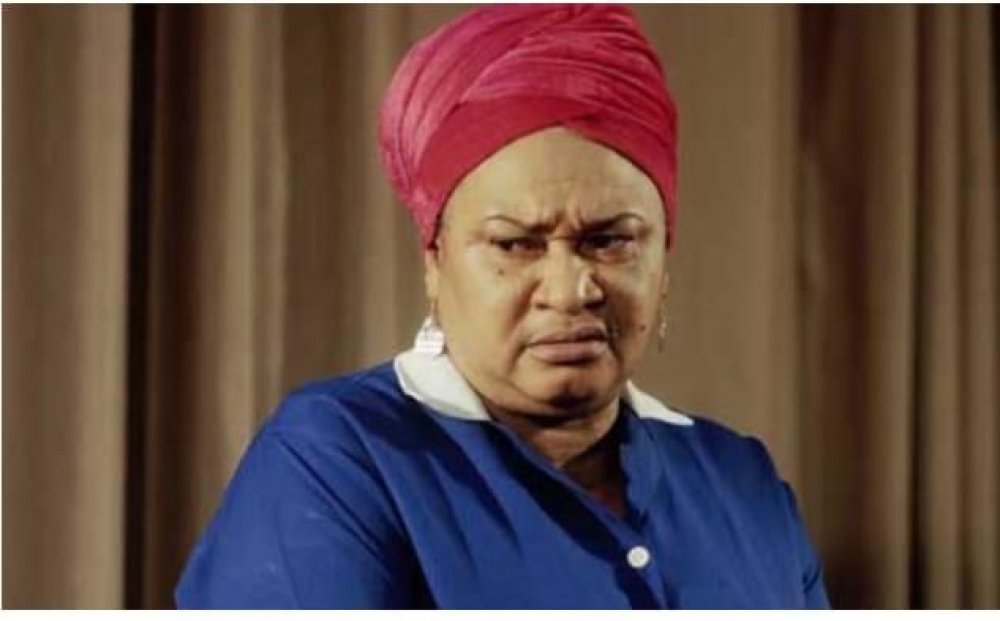 As confirmed by the Lagos State chairman of the Actors Guild of Nigeria (AGN), Emeka Rising on Saturday morning, Oniga passed on on Friday night. Some reports are saying she died as a result of COVID-19 complications. She was 64.

Oniga who - like Ogbetere- hail from Delta State starred in films as Chief Daddy, Super Story and Onome.

Ogbetere said that he was looking to work on a project conceptualised by the late actress before she died suddenly.

“She called me last month and said she wanted us to engage in a project with other like minded Nollywood practitioners of Delta state origin,” Ogbetere, fondly called ‘Big Tony’ in the theatre arts circle wrote on his known Facebook page on Saturday.

“So we met at the conference hall of a hotel at Ikeja GRA.

“And we agreed on a template for the project.

“And the lot fell on me to come up with a proposal.

“Few days ago I tried to get her to send me some information that will enable me complete the proposal.

“Very unlike her, she didn't pick her calls, call back or respond to my messages.

“So I posted the proposal on our WhatsApp group for others to peruse and come up with suggestions and additional information to make it more robust.

“Sister Patience Oghre Imobhio volunteered to do some more work on the proposal.

“Still no word from Aunty Rachel.

“Then this morning, Elder Tony Akposheri woke me up from sleep and asked if I have heard from her.

“And he said someone called from Kaduna to ask if Auntie Rachel had passed on.

“Then the confirmation came.

“She had passed on last night.

“Now I am short of words.

“But we can't question God.

“This is one person that can't spend an entire month without calling me to find out how I am doing.

“If she had her way, she would get me involved in any project she is working on.

“She had multiple ideas that she wanted us to bring to fruition.

“Her passion for promoting the arts in Delta state can never be equalled.

“Nigeria has lost a star.

“Delta state has lost an asset.

“I have lost a friend and a Nollywood godmother.

“May your caring soul rest in perfect peace!” 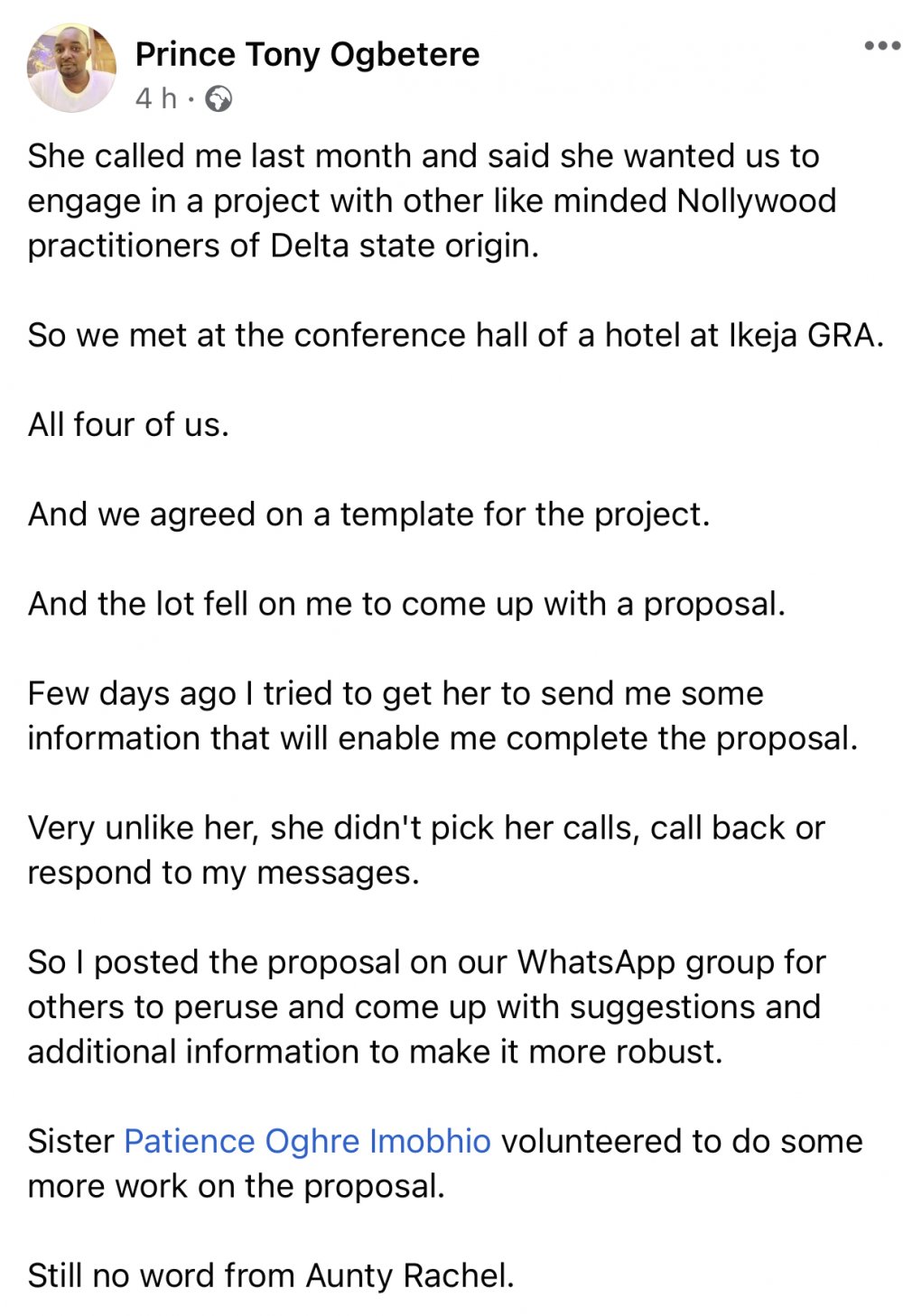