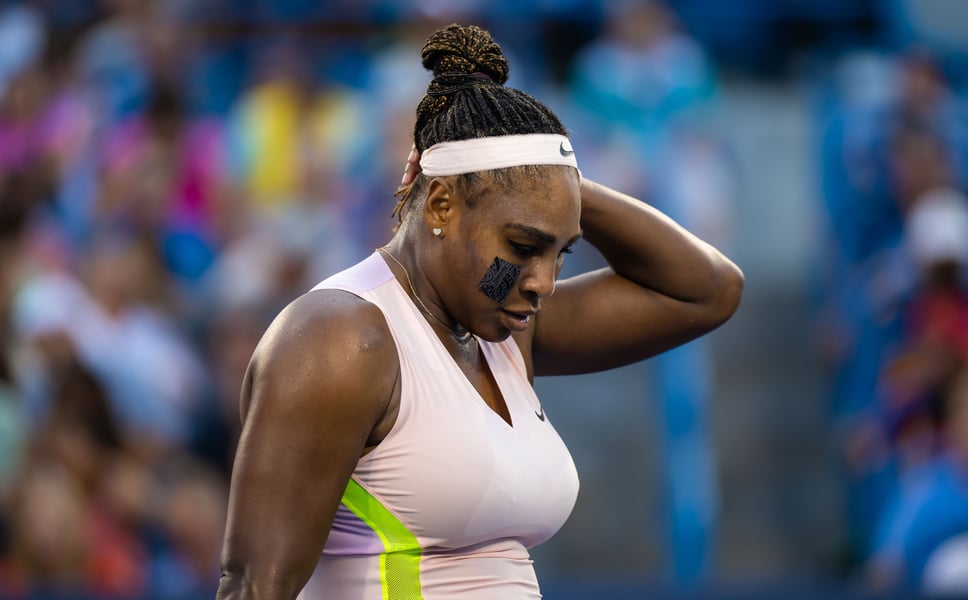 American tennis player Serena Williams stumbled out of the Cincinnati Masters at the first hurdle on Tuesday, losing in straight sets to US Open champion Emma Raducanu.

Williams, who last week indicated that she is planning to retire after this month's US Open, was no match for British teenager Raducanu, who romped to a 6-4, 6-0 win.

The 40-year-old Williams left the court swiftly after the defeat without speaking to television reporters and did not hold a press conference.

Raducanu broke Williams at the start of both sets to claim victory in what was her first and likely last meeting with the 23-time Grand Slam singles champion.

"I was nervous from the first point to the last," Raducanu said. "Serena is dangerous and can come back from any situation.

"I had to stay focused. I'm so pleased I managed to keep my composure."

Williams, the winner of titles here in 2014 and 2015, was competing in only her fourth match of 2022 after starting her season at Wimbledon due to injury.

Raducanu announced her intentions from the start with a break to love of Williams and never let up.

The young Briton improved to 14 wins, 17 defeats since winning the Open last September from a qualifying start.

Raducanu, meanwhile, said she was honoured to be part of the spectacle on Tuesday in what was one of Williams' final games as a professional.