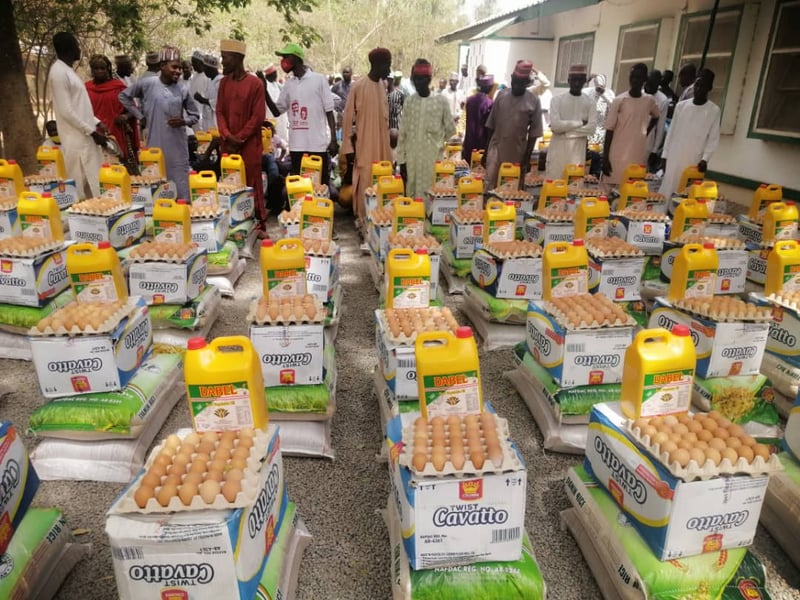 Borno State Governor, Babagana Umara Zulum, on Saturday supervised the distribution of food and non-food items to people of his hometown, Mafa Local Government Area of the state as Muslim faithful begin the Ramadan fast.

The Governor, who started his fast in his hometown, Mafa, watched and participated in the distribution to the thousands of citizens who came out to receive the gifts.

A statement issued by the media aide to the governor, Malam Isa Gusau, on Saturday said the governor supervised the distribution of cash, food and non-food items to 15,327 persons made up of internally displaced persons (IDPs) and other vulnerable citizens. 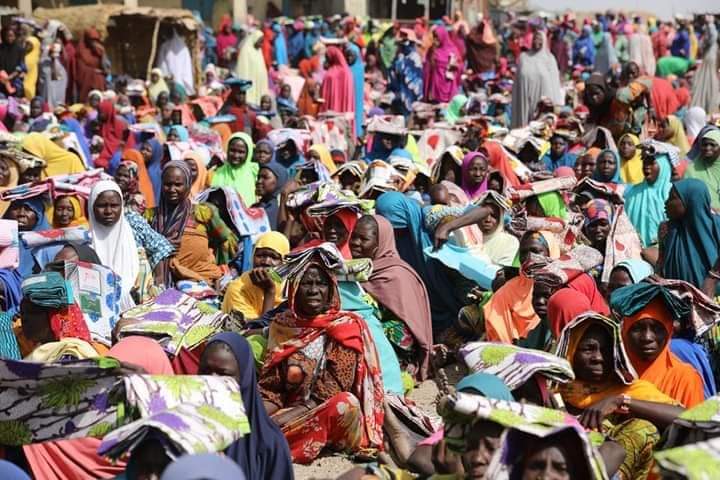 The women were happy to receive the ankara and other items

‘’Aside the cash, each man got 50kg of rice and five yards of Shadda while each woman received a wrapper and 10kg of sugar, ‘’the statement said. 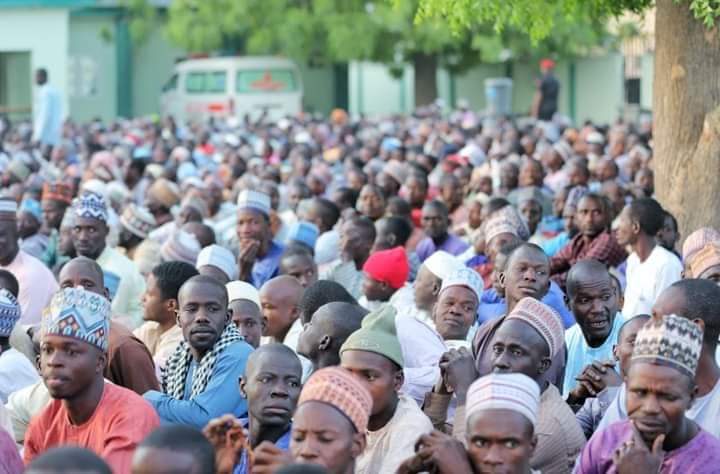 While in Mafa, Zulum inspected facilities at the General Hospital and interacted with health workers.

The governor was at the hospital’s laboratory, theatre room and staff quarters.

Zulum at the end of his assessments, directed the Principal Medical Officer of the hospital to immediately submit details of some of their requirements for sustained healthcare delivery.