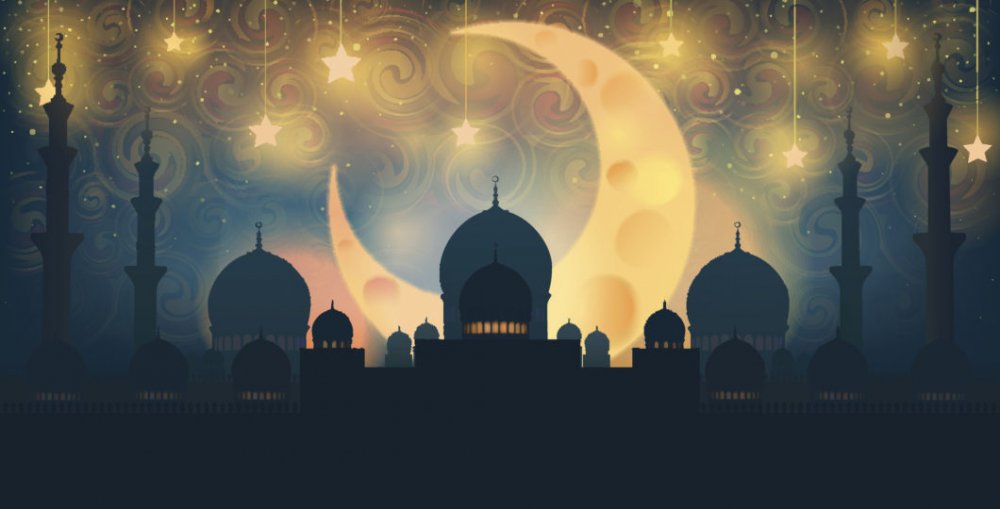 Ramadan, the holiest month in Islam, starts soon. It is expected to lapse in 29 or 30 days. Muslims believe that Allah (SWT) gave the first verses of the Holy Qur’an to Prophet Muhammed (PBUH) during the month in 610.

Allnews reports that across the world, Muslims observe Ramadan by abstaining from eating, drinking, intercourse and other activities considered worldly, from sunrise to sunset. Instead, they focus on religion and self-reflection.

Allnews presents to you top Ramadan quotes from the Glorious Qur’an as well as the Prophet’s (PBUH) sayings:

“The month of Ramadan (is the month) in which the Qur’an has been sent down as guidance for mankind containing clear signs which lead (to the straight road) and distinguishing (the truth from falsehood)..” (Q 2:185)

The most honoured by Allah amongst you are those best in taqwaa.”(Q 49:13)

We sent it (this Qur’an) down on a blessed Night. Verily, We are ever warning (mankind of Our Torment). Therein (that Night) is decreed every matter of ordainment. Amran (i.e. a command or this Qur’an or His Decree of every matter) from Us. Verily, We are ever sending (the Messenger). (As) a Mercy from your Lord. Verily! He is the All-Hearer, the All-Knower.” (Ad-Dukhaan 44: 3-6)

The Messenger of Allah (SAW) said, “When the month of Ramadan starts, the gates of the heaven are opened and the gates of Hell are closed and the devils are chained.” (Imam Bukhari) …

Narrated Abu Huraira(RA): The Messenger of Allah (saw) said:”… whoever fasts during Ramadan out of sincere faith and hoping to attain Allah’s rewards, then all his past sins will be forgiven.” (Imam Bukhari).

The Messenger of Allah (SAW) addressed his companions on the last day of Sha`ban, saying, “Oh people! A great month has come over you; a blessed month; a month in which is a night better than a thousand months; the month in which Allah has made it compulsory upon you to fast by day, and voluntary to pray by night. Whoever draws nearer (to Allah) by performing any of the (optional) good deeds in (this month) shall receive the same reward as performing an obligatory deed at any other time, and whoever discharges an obligatory deed in (this month) shall receive the reward of performing seventy obligations at any other time. It is the month of patience, and the reward of patience is Heaven. It is the month of charity and a month in which a believer’s sustenance is increased. Whoever gives food to a fasting person to break his fast, shall have his sins forgiven, and he will be saved from the Fire of Hell, and he shall have the same reward as the fasting person, without his reward being diminished at all.” [Narrated by Ibn Khuzaymah]

Abu Said al-Khudri reported that the Messenger of Allah (SAW), said: “No servant fasts on a day in the path of Allah except that Allah removes the hellfire seventy years further away from his face.” This is related by “the group,” except for Imam Abu Dawud.

`Abdullah ibn `Amr reported that the Messenger of Allah (SAW), said: “The fast and the Qur’an are two intercessors for the servant of Allah on the Day of Resurrection. The fast will say: ‘O Lord, I prevented him from his food and desires during the day. Let me intercede for him.’ The Qur’an will say: ‘I prevented him from sleeping at night. Let me intercede for him.’ And their intercession will be accepted.” [Imam Ahmad]

Sahl ibn Sa’d reported that the Messenger of Allah (SAW): “There is a gate to Paradise that is called ar-Rayyan. On the Day of Resurrection it will say: ‘Where are those who fasted?’ When the last [one] has passed through the gate, it will be locked.” [Imam Bukhari and Imam Muslim].

READ ALSO: Ramadan 2020: What Non-Muslims Should Do

Abu Hurairah reported that the Messenger of Allah (SAW) said: “The time between the five prayers, two consecutive Friday Prayers, and two consecutive Ramadans are expiations for all that has happened during that period, provided that one has avoided the grave (major) sins.” [Imam Muslim]

In another hadith, the Messenger of Allah (SAW) says, “Ramadan has come to you. (It is) a month of blessing, in which Allah covers you with blessing, for He sends down Mercy, decreases sins and answers prayers. In it, Allah looks at your competition (in good deeds), and boasts about you to His angels. So show Allah goodness from yourselves, for the unfortunate one is he who is deprived in (this month) of the mercy of Allah, the Mighty, the Exalted.” [ImamTabarani]

Abu Umaamah r.a.a. said: I said: ‘O Messenger of Allah (saw), tell me of an action by which I may enter Paradise’. He said: ‘Take to Fasting, there is nothing like it.’ [Imam Nasai’, Ibn Hibbaan, Al-Haakim, Saheeh]

Every action of the son of Adam is given a manifold reward, each good deed receiving ten times its like, up to seven hundred times. Allah the Most High said, ‘Except for fasting, for it is for Me and I will give recompense for it, he leaves off his desires and his food for Me.’ for the fasting person there are two times of joy; a time when he breaks his fast and a time of joy when he meets his Lord, and the smell coming from the mouth of the fasting person is better with Allah than the smell of musk.” [Imam Bukhari]

“Fasting is a shield with which a servant protects himself from the Fire.” [Imam Ahmad, Saheeh]

On the Day of Judgement, “Fasting will say: O My Lord I prevented him from food and desires so accept my intercession for him.” [Imam Ahmad, Imam Haakim and Abu Nu’aim, Hasan]

There are in the month of Ramadhan in every day and night those to whom Allah grants freedom from the Fire, and there is for every Muslim a supplication which he can make and will be granted.” [al-Bazzaar, Ahmad, Saheeh]

The Messenger of Allah (SAW) said: He who gives food for a fasting person to break his fast, he will receive the same reward as him, except that nothing will be reduced from the fasting person(s) reward.” [Ahmad, at-Tirmidhee, Ibn Maajah, Ibn Hibbaan, Saheeh].