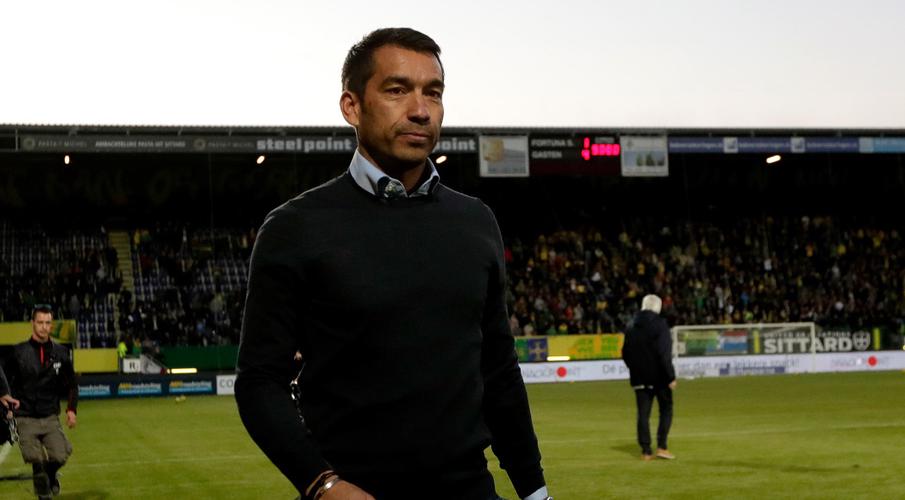 The 46-year-old, whose appointment is subject to a work permit, arrives with Rangers sitting four points clear at the top of the Scottish Premiership.

"I am absolutely delighted to be returning to Rangers as the club's new manager," Van Bronckhorst said.

"I feel so lucky to be going to work with a squad which is in a great position on all fronts and largely has that experience of being winners."

He also had a Premier League-winning spell with Arsenal and lifted the Champions League at Barcelona, while winning 106 caps for the Netherlands and playing in the 2010 World Cup final.

As a manager, Van Bronckhorst was hired by Feyenoord in 2015 and led them to the Dutch title in 2017 – their first success in the competition for 18 years.

Van Bronckhorst was most recently employed as boss of Chinese club Guangzhou R&F in 2020, but left after only a year in charge.

"I look forward to carrying on and enhancing the work that has been done already alongside (sporting director) Ross Wilson and the board of the club, and I'm grateful for the chance to work again at this huge football club," Van Bronckhorst said.

Rangers chairman Douglas Park added: "I am delighted to welcome Giovanni as our manager to begin a new era and build further on what has already been achieved at the club.

"The team is in a good position on the park and, as a board, we will support both Giovanni and Ross Wilson to continue to make Rangers a success.

"I wish Giovanni all the very best in his role and look forward to working closely alongside him."

Van Bronckhorst is back at Rangers after Gerrard ended his three-and-a-half year reign last week to take charge of Premier League strugglers Villa.