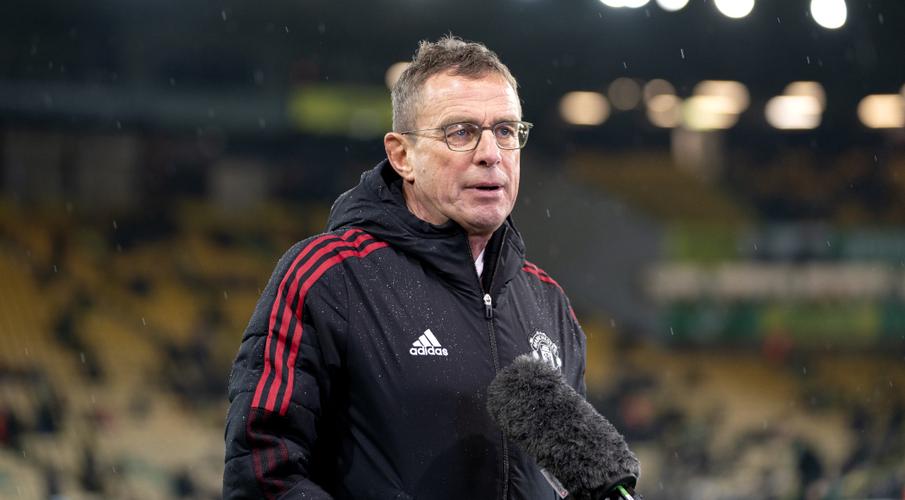 Manchester United interim manager Ralf Rangnick has suggested the removal of the Carabao Cup in a bid to ease fixture congestion in English football.

The schedule, traditionally at its busiest over the Christmas and New Year period, has come under severe strain from the impact of the Omicron variant of the coronavirus, with several Premier League clubs hit by Covid-19 outbreaks and several Boxing Day (26 December) matches postponed.

United have been out of action since 11 December due to their own virus problems and have seen league games against Brentford and Brighton postponed.

They are set to return to action at Newcastle on Monday, with Rangnick saying Friday: "It is a big tradition in England to play on Boxing Day or the 27th, even on the 30th or the 2nd of January.

"I think we should stick to and respect this tradition, but there might be two other issues that have been discussed in the past."

He added: "England is the only country in the top five leagues in Europe that plays two cup competitions.

"In France they abolished the second one a year or two ago, so we are the only country who plays two cup competitions.

"This is something we could once again speak about and discuss.

"I know the League Cup is still kept for the third and fourth division teams to improve the financial situations of those clubs. But if we speak about a tight calendar and having to play too many games, this is something to discuss."

Rangnick welcomed the move announced on Monday to scrap FA Cup third and fourth round replays.

Ties will now be played to a conclusion at the first attempt, with extra time and penalties if required.

But the Football Association, which scrapped replays for the whole of last season's competition, intends to restore them for the 2022/23 edition.

When it came to abolishing FA Cup replays, Rangnick said: "This is a good idea. In cup competitions in other countries you play extra time and penalties. You have replays, those are topics you could speak about."

United's squad were reduced to eight fit outfield players and three goalkeepers before the Covid-19 outbreak that forced their Carrington training ground to be closed for four days.

But Rangnick defended United's vaccination record by saying: "We also need to make sure we have most of the players vaccinated. I know we have a high record of vaccinated players in our club."