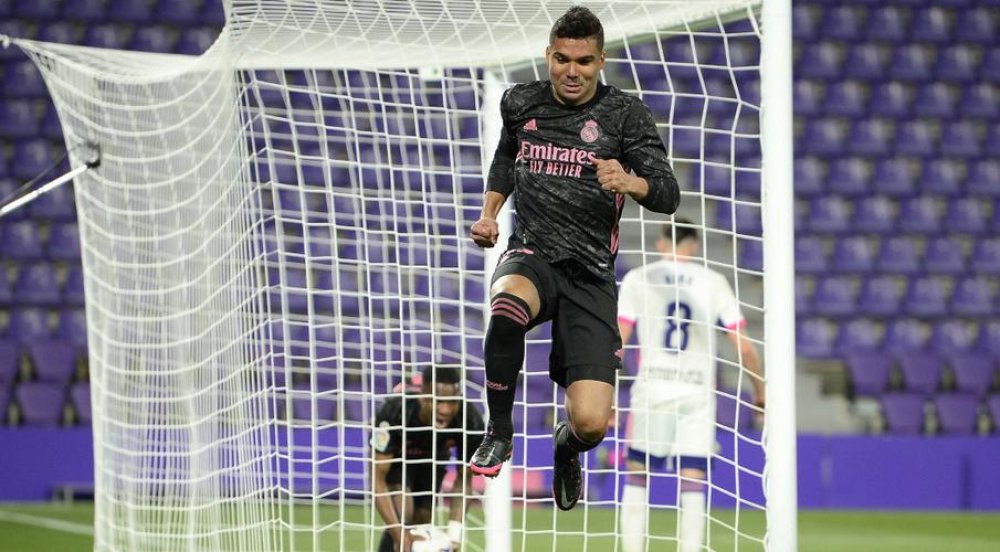 A heavily-depleted Real Madrid continued their pursuit of La Liga leaders Atletico Madrid with a hard-fought-for 1-0 victory away to struggling Real Valladolid on Saturday to move within three points of their city rivals.

Brazilian midfielder Casemiro got the breakthrough goal in a cagey game by heading in a free-kick from Toni Kroos in the 65th minute, making amends for missing the target with free headers in either half.

The champions were without top scorer Karim Benzema and an additional eight players due to injury but did just enough to notch a fourth consecutive victory and take full advantage of Atletico's 2-0 defeat at home by Levante earlier on Saturday.

Real remain in second but moved on to 52 points after 24 games, with Atletico leading the standings on 55 with a game in hand. Barcelona, who play at home to Cadiz on Sunday, are third on 46 points.

Valladolid went into the game without a league win since 2 January yet they made the brighter start and had two chances in an instant to take an early lead, but neither Fabian Orellana nor Saidy Janko were able to beat Real keeper Thibaut Courtois.

The hosts had a faint penalty appeal in the first half waved away for a challenge by Casemiro on Kike Perez while forward Shon Weissman took a tumble from a Nacho tackle in the second half when his side were trailing the game. However, the referee and VAR did not give a foul.

Casemiro's wayward header from close range was Real's only attempt of note in the first half while striker Mariano Diaz had two goals ruled out for offside.

The Brazilian missed again soon after the interval but Valladolid could have taken the lead when Real defender Ferland Mendy sent the ball to the feet of Orellana, but again the Chilean was unable to get his shot past Courtois.

Real turn their attention to the Champions League with a last-16 first leg away to Atalanta on Wednesday before hosting Real Sociedad on 1 March. They then face a potential title showdown away to Atletico on 7 March.