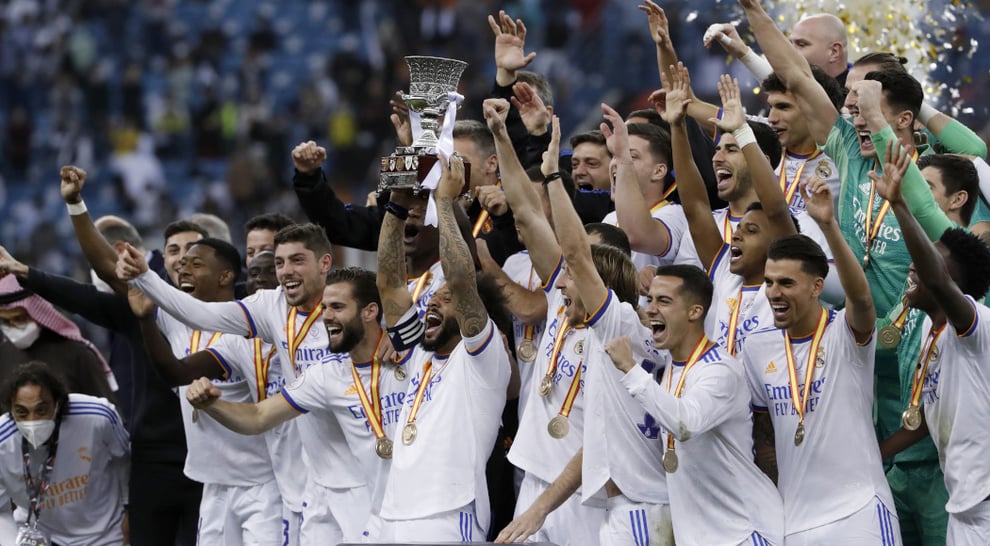 Modric's curling finish towards the end of the first half and Benzema's strike early in the second sealed the win for Madrid, who claimed their first trophy in Carlo Ancelotti's second spell as coach.

Athletic had beaten La Liga champions Atletico Madrid to reach the final but were well beaten at the King Fahd Stadium by a slick, organised Real Madrid side, that have now lost only once in 20 matches.

They had brief hope in the 87th minute when they were awarded a penalty and Eder Militao was sent off, but Raul Garcia missed and Madrid's win was safe.

Ancelotti's side face Elche on Wednesday in the quarterfinals of the Copa del Rey and Paris Saint-Germain next month in the last 16 of the Champions League.

In LaLiga, they are five points clear at the top of the table.

"It's an impulse, an impulse to keep going," said Ancelotti. "We don't have much time to think because another competition is coming."

Modric continued his brilliant form by scoring the opener, a goal that makes him the oldest goalscorer in Spanish Super Cup history at 36. 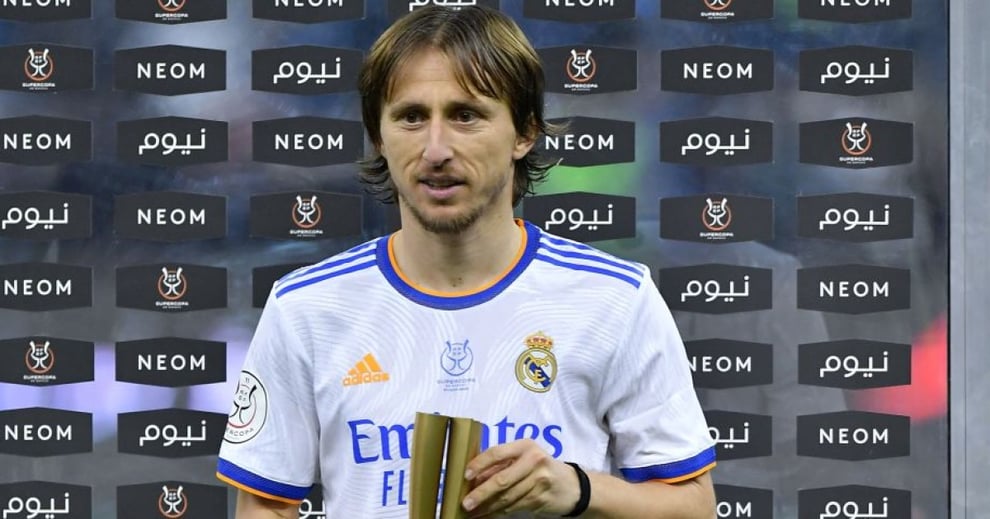 The 33-year-old Marcelo, meanwhile, came on for the last few minutes, before lifting his 23rd trophy at Real Madrid, equalling the haul of Paco Gento as the most successful player in the club's history.

"He's one of the greats, a legend of this club," said Madrid president Florentino Perez.

The Spanish Super Cup stayed in Spain in 2021 because of the pandemic but has returned to Saudi Arabia as part of an agreement until 2029 that will earn the Spanish football federation around 30 million euros a year.

Objections from players and coaches have been noticeably muted but Athletic Bilbao's Raul Garcia spoke out last week. He said moving a Spanish tournament 7 000 kilometres away was symptomatic of the authorities "forgetting the basics of football".

Criticism has been more forthright from human rights groups like Amnesty International, who have accused the federation of failing to support "harassed and persecuted women in Saudi Arabia" and of collaborating in Saudi "image-washing".

Athletic's Inaki Williams and Oihan Sancet looked dangerous early on, with Williams wanting a penalty when the ball struck the sliding David Alaba on the hand but referee Cesar Soto was not interested.

Despite Vinicius Junior's imperious form in recent weeks, Madrid’s greatest threat came down the opposite side, through Rodrygo.

The first warning came when Kroos pinged the ball out to the Brazilian, who dropped it inside for Benzema and the striker's curling shot flew just wide of Unai Simon's far post.

The opener took a similar route, even if it started with Thibaut Courtois, who played out to Toni Kroos. Under pressure, Kroos found Casemiro and the ball shuffled along, through Modric.

Rodrygo drove past two Athletic defenders afraid to challenge in the box and by the time Dani Garcia slid to block, it was too late, Rodrygo toeing the ball inside to Modric, who whipped the ball first time into the corner.

Seven minutes into the second half, it was two, as Yeray Alvarez leapt to block Benzema"s shot, stopping the ball with his outstretched right arm. The referee checked the monitor and gave the penalty, which Benzema fired left and in.

Hope for Athletic came late, and briefly, in the 87th minute, when Militao was sent off for blocking another Raul Garcia header towards goal and Athletic were awarded a penalty. But Raul Garcia missed, his drive down the middle met by the left foot of Courtois.