Real Madrid, France Suffer Injury Blow As Mendy Is Out Of Season 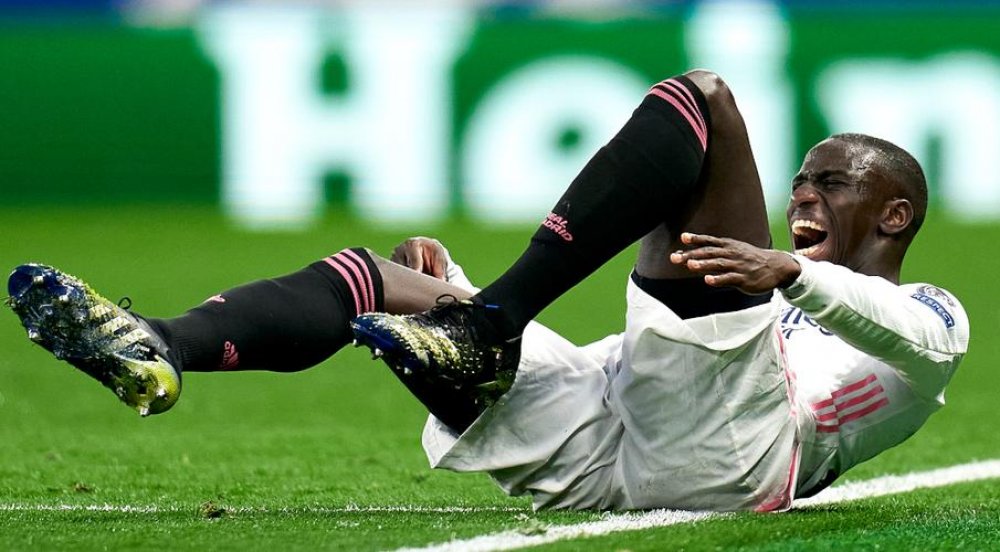 Injury woes strike Real Madrid's hope of retaining their La Liga crown after the club confirmed on Tuesday that France defender Ferland Mendy has a problem in his tibia.

"After the tests carried out today on our player Ferland Mendy by the Real Madrid Medical Services, he has been diagnosed with tibial periostitis," Madrid said in a statement.

According to reports in the Spanish press, Mendy is expected to miss the rest of the season, leaving Madrid without their first-choice left-back for the run-in.

Mendy's injury will also be a concern for France, given Euro 2020 begins in a month's time.

Madrid play Granada on Thursday, before finishing against Athletic Bilbao and Villarreal. They sit second, two points behind Atletico Madrid.

Zinedine Zidane has regularly expressed his frustration with the number of injuries Real Madrid have suffered this season.

Mendy's injury means the team are currently without Zidane's entire preferred back four, with Sergio Ramos, Raphael Varane and Dani Carvajal also out.