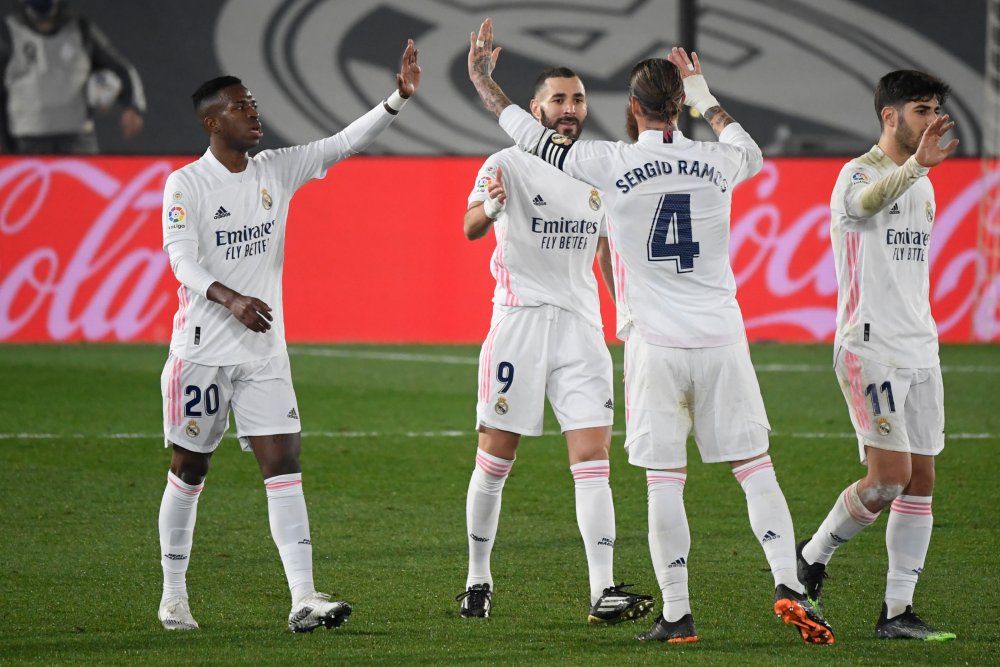 Real Madrid joined Atletico Madrid at the top of the La Liga summit on Wednesday as Casemiro's header and Karim Benzema's eighth league goal of the season secured a 2-0 win against Granada.

AllNews understands that Real Madrid is now on a winning streak which makes them levelled with Diego Simeone's men as the La Liga table takes shape for a long title challenge.

Granada posed problems to Zinedine Zidane's team on several occasions but their lack of finishing cost them dearly.

After a goalless first half, Real began to press their advantage and the introduction of Marco Asensio for the injured Rodrygo upped the tempo for the home side. Real came close when Toni Kroos's shot rebounded off the post and goalkeeper Rui Silva before Benzema fired over.

Less than a minute later Real were ahead as Casemiro powerfully headed in Asensio's cross on 57 minutes.

Three minutes into injury time, Benzema dribbled across the area before firing home a low shot to wrap up the points. "That makes it six wins in a row, but we had to work for them," Zidane said. "When things are complicated, I'll take the criticism but when it's like tonight, you have to enjoy it."

?️? This is what Zidane had to say following our win against @GranadaCdeF_en!#HalaMadrid | #RMLiga pic.twitter.com/SWQlIu7EFr

The Frenchman explained that although Eden Hazard, who has been sidelined since the end of November with a thigh injury, was among the substitutes, he had not wanted to risk the Belgian.

"Little by little he'll work his way back into the team," Zidane said.

Real, who visit Elche on 30 December for their final match of 2020, will be anxiously awaiting the results of tests on Rodrygo, who was stretchered off the pitch after clutching his hamstring.