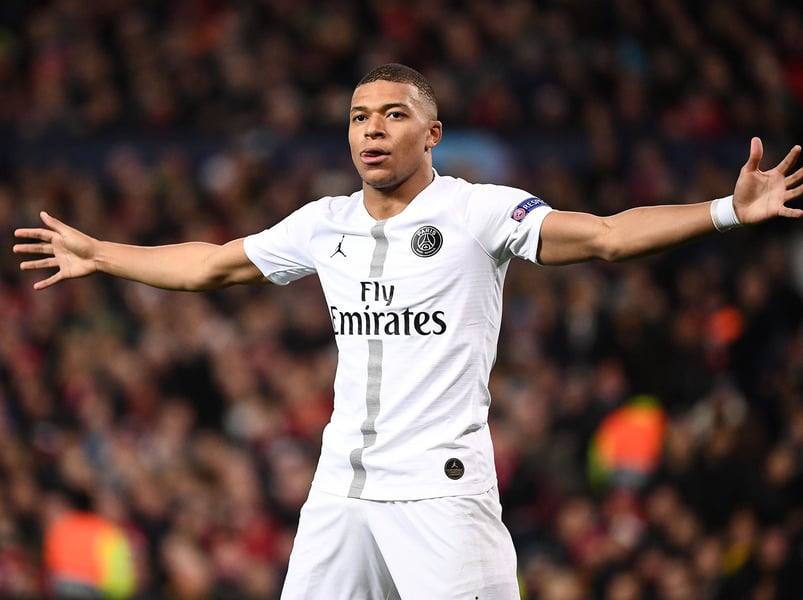 Mbappe's PSG contract was due to end in June and the France international has been tipped to join Spanish champions Real Madrid since the previous close season.

However, amid Real's interest, the 23-year-old signed a contract extension with PSG last week that will keep him tied to the French club until 2025.

"It's not the moment to talk about small things," Real forward Karim Benzema told Movistar Plus on Tuesday when asked if he wanted to comment on his France teammate's decision.

"I'm not angry at all. We have a Champions League final on Saturday and that's where my mind and focus are. I'm concentrated on the big game and that's what matters to me right now. The game is more important than listening to the noise."

Brazil midfielder Casemiro, one of Real Madrid's leaders, was more specific and said the decision of one player won't affect a club of their stature.

"Real Madrid were never one player's club, they are much bigger than us," he told reporters at Uefa's Champions League media day in the Spanish capital on Tuesday, where players had to answer several questions about Mbappe.

"Real Madrid won 13 Champions League titles. This is a club that's defined by history, not by players.

"Mbappe is a great player who would have been great for us, but we have to respect his decision and wish him luck.

"Some of the best ever played here, Alfredo Di Stefano, Cristiano Ronaldo and many others. But it was never about them, it's all about the club."

Ahead of his record-breaking fifth Champions League final as a coach, Ancelotti said his team were "calm and motivated".

The Italian added that Kylian Mbappe's decision had not created a distraction in the dressing room and insisted he would not talk about players from other clubs when asked twice.

Goalkeeper Thibaut Courtois agreed and said "the players are disconnected and don't listen to the noise ahead of big games like this.

"Before joining Real Madrid I was dying to play here. It's such a privilege and honour. The best players in the world are here," the Belgian told reporters.